Best Paper Plane Ever Uses Only Manilla Folders and Glue

It took five years, a lot of manilla folders and glue, and tremendous patience, but designer Luca Iaconi-Stewart finally completed his 1:60-scale replica of a 777 jetliner. The model, complete with miniature seats, engine, doors and even retractable landing gear, is almost as complicated as the real thing.

Iaconi-Stewart fell in love with making paper airplanes in high school, so when he found detailed designs for the Air India 777-300ER he immediately took them into Adobe Illustrator and got to work with his X-Acto knife. It was no easy task. The engine took a month to design and another four to build, reports Wired. Each economy seat took 20 minutes to craft; 8 hours for first class. He rebuilt the tail three times to get it perfect.

The project eventually became so time-consuming that Iaconi-Stewart dropped out of his classes at Vassar to focus on his work.  “I’m fortunate to have parents willing to give me a fair amount of latitude,” he says.

Iaconi-Stewart meticulously photographed his project and shared the photos with the world on Flickr. With this nearly complete, he’s is already looking to the future: he plans to build a bigger model. 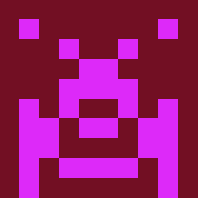