International flights always put me to sleep. The hum of the engines mixed with the sound of air recyclers produce a consistent and sleep-inducing white noise. I had my laptop with me, and I had intended to work on some bugs and small improvements on the OSWatch while we were in the air. Very quickly though, sleep overcame me. Our flight was on Air Canada, so announcements were in English, French, and Italian. I wake up as the flight attendant is repeating the same phrase for the third supported language,

Most of this I did not catch the meaning, except for the phrase “Roma.” I was waking up just in time for our decent into Rome.

We had traveled approximately 6637 miles from San Mateo, California. In around 14 hours, we had crossed one quarter of the Earth to attend Maker Faire Rome. Prior to this, I have attended several Maker Faire Bay Area events — it’s my favorite event of the year. Maker Faire to me is a perfect collision of art and technology; each drives the other, and in turn is fed. Theo Jansen put it best, by stating “The walls between art and engineering exist only in our minds.” Maker Faire gathers together like minded individuals who continually strive to tear down this artificial boundary. I am consistently enriched as I engage with other Makers at Maker Faire. I can go from an in depth logic discussion about Bluetooth LE to a conversation about 3D-printed jewelry to automated home gardening in a matter of minutes. Be artist, the engineer, and the maker in me always come away feeling fulfilled and inspired.

I didn’t know what to expect at Maker Faire Rome. Would it be larger or smaller than my Bay Area experiences? Would there be more or less projects? What sort of projects would there be? Would I be able to communicate with other makers even though I cannot speak Italian? My wife and I had few days to settle in and explore Rome itself before Maker Faire began, so I had plenty of time to wonder what I was about to experience. We ate some great food, saw the sights, had a chance to dine with some locals, and got adjusted to the time zone. Time flew, and it was already time to setup.

On Thursday afternoon, we went down to the venue to set up my simple booth. I had chosen to be very portable in my booth design, largely to enable easy transportation across the continents.  A few foam boards and some “in progress” OSWatch builds was about it. I also brought a basic set of tools to repair any issues that could possibly develop. At first the venue, the Auditorium Parco della Musica, felt small, but my initial impressions were disproven when I had more time to explore over the next few days. The venue was buzzing with a large amount of team members preparing their booths.  A team was working setting up the Thursday night fashion show while others were seen setting up the electronic band. The energy was palpable. I was already getting the sense that Maker Faire Rome was going to be big.

Over the next three days, I split my time between both being a presenter and exploring the faire. I left a sign asking for people to tweet me if they wanted to talk to me while I was away, and alternated every few hours between running the booth and running around.

The first thing I noticed were some of the “Usuals” I have become used to seeing at Maker Faire Bay Area. Large booth/demo areas set up by such companies as SparkFun, Ultimaker, and Atmel immediately gave me a sense of familiarity (combined with seeing the all-familiar “Makey” robot silhouette everywhere!) Then, on closer inspection, familiar faces appeared in these familiar teams. My interests, however, were more focused on the unfamiliar, more “Roman” maker flavors.

As I mentioned, Maker Faire Rome felt small at first compared to my familiar Bay Area layouts largely due to the Bay Area setup being one single, spread out level. The Roman venue contained multiple levels, blind corners, and side alleyways containing a wide assortment of makers from the professional to the hobbyist, and every walkable area was packed with visitors from the curious first timers dipping a toe into the creative waters to those who have dedicated themselves to the creative engineering arts.

Aside from the the new surroundings, I found myself instinctively looking for both similar patterns in the maker community as well as paying extra attention to the differences as they appeared. The first element of the audience I noticed was the “maker” fashion was quite different than what I am used to. Maker Faire Bay Area can feel a bit like a ComicCon meets Burning Man when it comes to the attendees outfits and modes of transportation. Steampunk is just one of many “niche fashions” reflected heavily in the Bay Area. From the R2D2 “farm” to the roving cupcake cars, all things eclectic and geeky roam the Bay Area venue. Rome had a noticeable absence of this, for the most part. Initially, I assumed that the “maker” culture was not as ingrained in Rome compared to what I was used to, but as the days passed, and my conversations with various attendees would echo my Bay Area experiences.

As a Maker, I wear my pride on my sleeve — ask my wife, she can tell you how many Android and Make shirts I wear in a week. But in the fashion capital of the world, aesthetics are just as important as the technology behind them. Just because someone wasn’t dressing the role didn’t mean they weren’t interested in the creativity and the engineering behind the project. For a brief second I forgot that I was in the land of Galileo, Da Vinci, Bernini, Prada and Dolce & Gabana or that I was even in the city that was the center of the art and sciences world. The people of Rome have the love of creating and appreciation within them regardless of age, social status or sex.

The second elemental difference was a bit more subtle. Like Maker Faire Bay Area, there were many booths representing informal business or pet projects that were still for sale (or would be soon). I am always excited by these as I hope to one day join the ranks of Maker-sellers. In preparation for this eventual next step in my personal mission, I try to learn from as many people currently at that level. A subtle difference began to appear in the projects and interactions. To me, there has emerged a “maker” aesthetic. Exposed wires are cool. Clear plastic that shows the guts of a project  is a plus. Rough prototypes elicit a certain visual pride echoed in the “I made this” smiles on people’s faces.

Many of the Roman projects, however, represented a more “crafted” look. Polished and sanded wood and other traditional artistic styles were more of what I saw. Some of these creations were functional & formed to blend into a typical environment. One example of this was an automated plant system. I have seen more of these lately, as technology combined with the maker culture is bringing back the “victory garden” concept on a whole new level (automated PH detection, auto watering, temperature regulation, etc). One such project in Rome was built out of a wooden barrel sliced into several sections horizontally with a solar panel on top for power. The effort put into making this plant system both functional & very aesthetically pleasing was apparent. Many other projects echoed a similar balance on both form and function.

Now when I was at my booth, I had some very unique experiences as well with some underlying unique patterns. First, to minimize confusion, I placed a small sign declaring “Mi dispiace. Parlo solo inglese” (I’m sorry. I only speak English). This tended to create a small chuckle from many visitors. Those that missed the sign would jump right into asking me questions as I looked for the right moment to inform them of my linguistic deficiencies. For many children, I became a perfect platform for Eenglish practice. The kids would shy away, and many parents would tell them a form of “You can ask the question, you know how to speak English,” usually followed by the parent politely asking me to speak slowly.

As I talked to a seemingly endless stream of curious Romans, a common pattern emerged. I started to think of them as the “Two Generations” tag team. Now the “child” was typically high school/college aged, with a parent coming from a professional product or engineering background. The parent would be curious by the nature of my project, but the form (size and 3D-printed/glued body) would be something that would turn them off. I would start to explain to them that the watches I had with me were hand assembled rough prototypes, but there was a lot of room for refinement. Before I could go too much more in depth about it, the “child” would proceed to explain to the parent how cool it was because it was an Arduino-based project, fully open source, and 3D printable. The excitement the next generation has for these elements was very prominent. Many would then begin a small debate with the parent about why the open-source and “build it yourself” elements were important to them. Luckily some of these debates were spoken in English, and being part of those discussions so far away from home have left a treasured mark in my mind.

After several days of organized chaos, Maker Faire Rome sadly came to an end. On Sunday night, I joined the rest of the presenters in the breakdown. I finally had the time to engage with some of my booth neighbors. I had one conversation come to an even earlier end due to one of the presenters having to run to go catch a New York Giants game (he was a Roman native and this caught me as quite funny).

I broke apart my breadboards, took down my foam displays, delicately wrapped up each of my OSWatch demos I had with me, and began the walk back to our apartment. Our flight back to California was the next morning, and sadly it was time to go. My wife casually asked me if I would come back to Rome again. My answer is yes. For the food, for the wine, and for the makers. 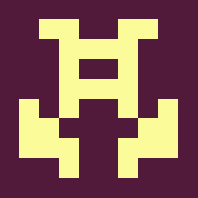 Jonathan Cook is a product manager by day, a hacker by night, and an artist when he has the time. He has been merging his love of technology & creativity since he could pick up a pencil and a soldering iron.