A large funding has been giving to the organization Norway Makers for establishing up to 10 makerspaces in Norway. The Norwegian foundation, DNB Savings Bank Foundation, donated 430 000 USD for the project. The makerspaces will be established in science centers around the country in the next two years to come.

Roger Antonsen and Jon Haavie in Norway Makers are saying that the funding will spark the maker movement in Norway. “This funding gives us the opportunity to build a national network of public makerspaces and inspire new generations. Our mission is to make more makers”, Haavie says. “The makerspaces will have open activities and educational programs where kids can get their hands dirty and get inspired by art, technology, and science. By doing this in a science center network, we can have a great impact”, Antonsen says. The Norwegian science centers have about 1 million people visiting each year of which 200 000 are pupils. “Our aim is also that makers and makerspaces will use the science centers as place where they show people their projects, inspire makers, as well as recruit members to their organizations”, Haavie says. “We are proud to support their work and hope it will inspire many new inventors, Birthe Mørreaunet Selvaag from DNB Savings Bank Foundation says.

Antonsen and Haavie have previously produced Maker Faire Oslo and the first MakerCon in Europe. The idea came after a discussion with Dale Dougherty at Maker Faire Oslo in January 2014. “We had a discussion on how we could make the spirit of Maker Faire live the other 363 days of the year. Dale suggested that a natural next step could be to create a makerspace”, Haavie says. “We created the non-profit organization Norway Makers in order to strengthen the maker movement in Norway, we got the approval from the science centers and wrote the application. Maybe this could be an inspiration for other to create similar networks”, Antonsen says. 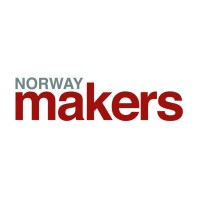