After a hiatus of four years, Maker Faire has returned to Montreal with all cylinders firing. Held at Concordia University’s downtown campus and co-hosted by Concordia’s Milieux Institute for Art, Culture and Technology, the Montreal Mini Maker Faire (November 16 and 17) will feature over 70 exhibitors, workshops, performances and talks. Capping off the weekend will be the first-ever international academic conference on maker cultures, bringing some of the top experts on maker culture together to chart a course to study the impact of makers worldwide.

It’s no surprise that a city renowned for its digital and performing arts would field an incredible cohort of makers. The Montreal Mini Maker Faire is bringing together our robust network of maker spaces both inside and outside of schools, cutting-edge artists and designers like Daily Tous Les Jours, STEM-focused groups like Kids Code Jeunesse, and experimental biotextile wizardry like the Bucci dress team. The Faire is sponsored by Concordia University, Epilog Laser, Brault & Bouthillier, and Arche Innovation. Tickets are free, but reserving tickets is recommended.

Here are a few of the exhibitors that the Montreal faire’s organizers are particularly looking forward to checking out.

Epilog laser makes laser engraving, cutting, and marking machines that are used by artists and manufacturers for intricacy and precision across a wide range of mediums. Epilog will be at the Faire alongside several artists who have used their printers as part of their large and small scale sculptural work. Pavitra Wickramasinghe’s paper installations (shown in image) have used Epilog’s laser cutters to stunning effect. Sarah Givens has used Epilog’s technology in creating her large-scale outdoor sculptural installations and immersive experiences that have been exhibited at music and art festivals.

Kids Code Jeunesse is a national organization born in Montreal that brings digital skills and computational thinking to communities in lots of ways — schools, libraries, workshops, and festivals. At the Faire, they plan to show off a project that they love to do with kids, using low-tech home materials and driven by some very accessible computer code.

They’ll run a booth with a table-top basketball game and invite families to “step right up!” and play it, tinker with it and see how it works, then tweak the game by themselves–and maybe even build their own copy of it in a few minutes. The ingredients are simple: aluminum foil, a cup, some basic circuitry parts, and a Micro:bit microcontroller.

Famous for the Musical Swings of Montreal, Daily tous les jours is an award-winning interactive design studio with a focus on participation – empowering people to have a place in the stories that are told around them.

Musical Shadows is an interactive pavement that reacts to the shadows of passersby by playing sounds of singing voices. As visitors together explore different soundscapes with their shadows, they become part of a collective sound and body performance. This new scenario for public space engages strangers to bump up against one another and share a moment of magic igniting in them a sense of what is possible together.

Concordia University’s Education Makers, a student maker group, and Duct Tapers Anonymous, a community maker collective, collaborated on a wheelchair Halloween costume your a local boy named Emile. Education Makers had experimented with 3D printing dragon scales on fabric and with thermoplastic, and Duct Tapers Anonymous has a wealth of know-how ranging from handymen, engineers, sculptors and seamstresses. Together they built Chad – a dragon and castle costume the likes of which you’ve never seen before!

The Residual Media Depot is the home of the world’s largest institutional collection of modified video game consoles. It’s a part of the Media History Research Cluster at the Milieux Institute at Concordia. They will be bringing examples from the collection for display and interaction, and will demonstrate some simple mods.

Darryl Maloney, also known as the Broken Nerd, is a maker/hobbyist who is passionate about 3D printing and all things related to prop making. Relatively new to the 3D printing community, Darryl started TheBrokenNerd YouTube channel as way to share his passion for 3D modeling and making cool props. He hopes to inspire individuals to pursue their passion for making and creating, while utilizing readily available tools and technology. The Broken Nerd will be showing a selection of his 3D printed accessories and costumes at the Maker Faire!

Helios Makerspace is the largest makerspace in Montreal. At their booth, they will be showcasing some of the latest work from their community of over 80 active makers. These works include furniture, lamps, guitars, flutes, knives, 3D printed prosthetics, LED arrays, metal-casted figurines, welded steel projects and even some new biotechnological projects in collaboration with Bricobio, a community biotech lab.

Their booth will contain an area for biotechnology, which will feature some new materials, such as leather produced from kombucha scoby, and styrofoam-like materials produced from mushrooms. There will also be some microscopes available where people will be able to view some samples and microorganisms, like paramecium which viewers can by using electrical fields. Bricobio will also have a small digital microfluidics device where participants can manipulate tiny liquid droplets using specially designed electronic plates.

Bucci is a dress sewn out of a bacterial biotextile made from dried kombucha SCOBY. The biotextile is embedded with 3D printed designs made from biocellulose. Bucci was made by WhiteFeather Hunter and Theo Chauvirey in the Milieux Institute’s Speculative Life Biolab, and Theo will be on hand to explain how they grew the biotextile in kiddie pools, dried it, and treated it with materials that maintain its pliability without ripping. Come touch a dress made of SCOBY!

GenieMob is a collective of artists, educators, performers and makers who lead workshops and hackathons for youth and adults in Montreal. Connected Musicians consists of a band of  laser-cut musical instruments for people to play individually or together. Each instrument has a visible, embedded micro-computer (Micro:bit) connected to a battery and a buzzer. On picking up an instrument the participant sees its icon activate on the screen. When shaken, each instrument plays part of a melody. Together they play a short tune. Alongside the instruments, participants can put together the circuit and program the Micro:bit to their own preferences. 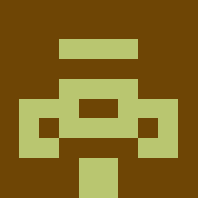 The author is me. My bio: Kathryn Jezer-Morton is the head of communications for the Milieux Institute for Arts, Culture and Technology at Concordia University in Montreal. Photo attached!