Intersection of Technologies, Arts and Crafts At Hangzhou Maker Faire

The second Hangzhou Mini Maker Faire will be held at beautiful Zijingang Campus of Zhejiang University on July 21st, 2018. The latest technologies, the traditional arts and many maker projects will be presented.

In addition to maker exhibits, maker forum, maker performances, maker workshops, (which are all traditional parts of a maker faire), a week of Learning, a maker dinner and a maker space tour are organized.

We are excited to announce one of our official videos with the help of two 10 year-old young makers. Thank you to all our volunteers in Sunnyvale, CA and Hangzhou, China who helped build the Lego millennium falcon.

Jueying is a 1-meter-long quadruped robot dog developed by Zhejiang University. The robot can jump, climb ladders, squat and stand up. It is also capable of quickly reacting when it loses its balance. Jueying will be showed at the Robotics and Intelligent Equipment Exhibit Hall in Hangzhou Mini Maker Faire 2018.

The robot band consists of five humanoid robots, from 40 cm to 80 cm of height. Four of them play the electronic drums, two metallophones, and bells. (The unique drum set is made of acrylic.) One of them is a singer with voice synthesis.

MU MoonBot, the second generation of the popular MU SpaceBot, is a 3-in-1 DIY robot kit with much improved AI. Kids can learn STEAM skills with creatively designing, building, and programming the MoonBot. This kit won the CES Asia Innovation Award in 2018.

West Lake Silk Umbrella is one of Hangzhou unique handcrafts, whose canopy is designed of the image of “three pools mirroring the moon”, is made from bamboo and silk. It enjoys local features of South of the Yangtze River with modeling of the head of umbrella, the threading of the umbrella bucket and the profiling of the umbrella hasp. It requires 18 exquisite and accurate manufacture procedures, and has been ranked in the National Intangible Cultural Heritage List in 2008.

According to the history records, when the Southern Song Dynasty moved the capital to Hangzhou (in the 12th century), Hangzhou embroidery already has a high level. The artists from Hangzhou Arts and Crafts Museum will exhibit their hand embroidery projects and offer some hands-on activities.

Look forward to seeing you in Hangzhou Mini Maker faire! 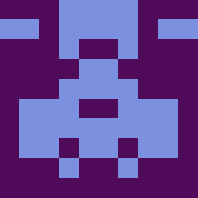