I don’t play with toys. I just print with them. Chris Ware

which was selected as an Educators Pick  at the event.

On his website, Ware says, “I use LEGOs to print images of toys. The series focuses on how technology is becoming more of a reality than the tangible world. I am intrigued by how technology effects the developmental process and where this may lead us as a society but perhaps I am just “old-fashioned” in that I still prefer three-dimensional.”

We asked Ware to tell us more about his process.

“I start with a drawing and gouache and transfer it into Illustrator, ” he explained. “In Illustrator I begin modifying the drawing into a grid that can be used. Once I have a satisfactory digital image I begin working on the plates creating one for each color I plan on using. Originally, I was mixing each color but it was too time consuming since I was hand inking each substrate. I recently switched to using limited colors (red, blue, yellow, green and black) mixed with a transparent base. As I print the individual plates the colors “stack” creating new ones.”

Ware uses a small etching press, which he’ll have on hand at Maker Faire Orlando, along with characters in the pre-print stage from his “Digital Masters” series, with Beastman, Merman and Trapjaw as a demo of the process. You can see some of the process and images on Instagram.

“I will bring Skeletor and Beastman prints and will be hanging the new prints as they are completed.”

Chris Ware will be playing with LEGOS in a whole new way at Maker Faire Orlando, where he’ll be one of many artists September 13 & 14, who will be making it amazing all weekend long. 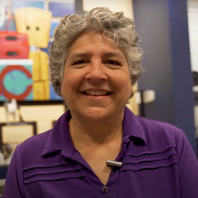