Our Glasgow-based design collective Make Works has just returned from a three-month road trip around Scotland. Our aim was to find, visit, and film as many local factories, makers, and workshops as possible, collecting information to give artists and designers, enabling them to get their work made locally.

Our motivation is to increase confidence in the quality of craftsmanship and materials being used. We think that when designers embrace making and the manufacturing processes, the quality of what can be made improves and interesting collaborations occur. Manufacturing locally also improves individual skills, creates employment, and is culturally important.

The project started in 2012, after I spent a summer working with Daniel Michalik furniture design in Brooklyn and being inspired by the maker scene. Returning to Scotland, I was frustrated by the lack of access to spaces to make, local industry, and machinery — I wanted to know where the best makers, factories, and workshops were closer to home.

So my research began and I made list upon list of what was out there, and started designing a way in which artists and designers could access this. A local digital fabrication studio in Glasgow, the MAKLab, gave me the space to start from, and I spent six months mapping what was around in that area. Often the best way to find factories was through word of mouth, as many factories didn’t have a strong digital presence. Sometimes I would spend afternoons walking around industrial estates and knocking on doors to see what was inside.

Eventually, I realized that the best way to get as much information as possible was to get out on the road and travel the country. So I phoned Ben Dawson, a furniture manufacturer I used to work for, and asked if he had any old vans I could borrow. He luckily said yes! I then phoned up my good friend, designer Vana Coleman (we met and collaborated frequently at Glasgow School of Art) and asked if she wanted to join the project as a driver and filmmaker. She said yes too, and we began planning our route and fundraising. Some time before we left, we invited fantastic photographer Ross Fraser McLean to join us and document the project, and so on the first of July the three of us set off for the adventure!

Our vehicle was a tartan 1979 VW Campervan. Renamed “Rhubarb,” she became our home, vehicle, and studio. Now she has travelled an extra 3,000 miles with us, and has been adapted, added to, and has collected many material samples and locally made objects along the way.

And 116 manufacturers and 90 days later, we have visited, filmed, and photographed textile factories, ceramics studios, laser-cutting facilities, CNCs, and wood suppliers, right through to skilled individuals who have machines to rent out, share skills, are willing to collaborate or to work on small-scale commissions. It has been a fantastic journey — from seeing a three-meter diamond saw for stone, right through to finding industrial lace factories that still produce on looms from the early 1900s. We got the chance to try out some of the processes too, like casting our own faces in glass, making letterpress business cards, and understanding the process behind neon lighting.

We also invited eight artists and designers in residence to come and join us for one week at a time on the tour, to critique and open discussion about manufacturing. From a variety of different backgrounds, they researched and created work inspired by the making processes and materials in Scotland. You can hear some of this on our weekly on-the-road Radio Show.

Now that we’re back, we’re beginning to edit our footage into short 90-second films of each factory we visited. We have a few up already that we made before we left.

We are working with web developers to make an open digital directory of the information, which will act like a video dating service but allowing people to find makers, manufacturers, and suppliers. This also includes a video library of processes and material information to make it easier for designers and other makers to work in different mediums or processes. We hope to develop better transparency of knowledge within the industry and create a supportive network of trusted local factories and makers for designers and artists to work with.

Essentially, making it easier to get making! 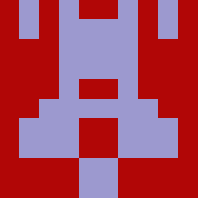 Fi Scott is founder and design director at Make Works.