Eindhoven Maker Faire was a prime example of the collaboration and creativity of the maker community. On September 27–29 the production team brought together over 250 makers and 15,000 attendees for the largest festival of its kind in the Netherlands. This weekend was full of celebration, innovation, amusement, and discovery.

What would a Maker Faire be without Tesla coils?  On Friday night there was a free pre-event show by the creators of Symphony of Fire. Tesla coils and flames were set to tunes from Nirvana, Nintendo, and more.

The mayor, John Jorritsma opened the event on Saturday with an optimistic view on making and Maker Faire in Eindhoven and the Netherlands. Jorritsma was accompanied by his family and with the help of his grandson’s they sounded off the start of the opening “Crazy Parade” with a giant air horn.

While weaving around the thoughtfully curated layout of makers, discovery was at every turn. From a robot potter, hangable and touchable 3D Printers, to forging, steampunk, and augmented reality, Maker Faire Eindhoven was pulsing with art and innovation. The Eindhoven Maker Faire team even commissioned custom pieces for the show including:

Makers from across Europe came to show and tell. Here are some featured makers, but a complete list can be found here.

Congratulations to the Maker Faire Eindhoven team and a special thanks to all of the makers, attendees, and greater community for their support of this event. To find an event near you, please visit www.makerfaire.com. 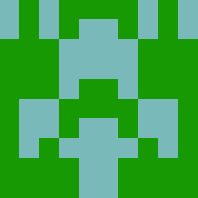