Maker Movement 2016: Let’s Do This Together

When Make: magazine launched in 2005, making was largely a solitary activity. There was an intuition, a hint, that it was something that appealed to millions, but there was no easy way for these Makers to gather or share. Makers often worked alone in their garages and woodshops, in backyard sheds, and borrowed industrial spaces. They were making to be sure, but they didn’t have an organized community with which they could share their ideas and innovations. You could certainly Do It Yourself, but what Makers needed was a way to Do It Together.

The Maker Movement has grown exponentially over the last 11 years, and our team is proud to have been a part of that, helping to connect Makers, create meeting places and aggregate ideas. We launched the first Maker Faire in the San Francisco Bay Area over 10 years ago to help envision that meeting place, that agora of free ideas and good will where Makers could congregate to swap ideas, get new ones, and show off their creations. Last year, we welcomed 1.2 million attendees to Maker Faires around the world. Now that this energy has been unleashed, it’s seemingly unstoppable. We’re seeing a 42% year-over-year growth in the number of Maker Faire attendees, and the interest in making has never been higher.

At the same time, the media landscape has changed dramatically over the last decade. In just the last five years alone, the print magazine industry has shrunk by 50% while such social platforms as Facebook, Twitter, and Snapchat have grown several times that amount. A recent study found that some 67% of Millennial respondents said that they turn to YouTube when they want to learn. To maintain relevancy, a modern media organization needs to invest in technology, new content formats, and new distribution platforms.

To continue to be a catalyst in the face of these tectonic changes, we have had to make both tough choices and joyous ones this year. Earlier this month, we announced a strategic restructuring designed to streamline and simplify our business in order to better serve the Maker community. We’ve realigned our team, and brought on two key new players whom we know will help us remain nimble and able to lead the Maker Movement into the next decade and grow as an effective organization. With this reorganization, we have had to say farewell to a number of terrific team members who have helped us greatly over the years. At the same time, we are thrilled to welcome two new ones who we are certain will jut our trajectory higher: former National Geographic executive Amy Maniatis as our new Chief Marketing Officer and former Federated Media content guru Deanna Brown as our new Chief Content Officer.

With the strong addition of their leadership, we anticipate this and coming years to be an exciting time for us and for the Maker Movement at large, with more licensed and flagship Maker Faires planned across the globe, and a more holistic experience being provided to our Maker audience through digital, video, and print platforms. Today we have multiple channels to touch the broadest audience of Makers on the planet, and with our new direction and additional investment in the fastest growing parts of our business, we expect that to accelerate in the years to come.

The Maker Movement today is no longer a nascent, unorganized collection of people working separately on projects. Rather, it’s an ever-widening global circle of creators, eager to share and swap and support one another as we face the challenges of the day in a way that allows us to Do It Together. What innovations will Makers prompt in 2016? What science breakthroughs, health hacks, innovative products, and new ways of addressing old concerns will emerge? None of us can exactly say. We can only be there, as a community supporting one another, doing it together. 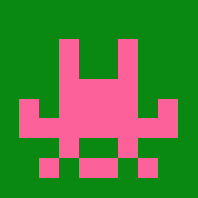 Gregg Brockway was named CEO of Maker Media in October 2014. Gregg loves creating products, building teams and helping companies grow. He is the co-founder of Hotwire, TripIt, and most recently, Chairish. Gregg and his wife Anna are raising three little Makers of their own in San Francisco, CA.