We have all smelled it: smoke from burning wood. Whether it’s from wildfires, campfires, or fireplaces, trillions of tiny particles float into the air when wood burns. In my neighborhood in northern California, most of the particle pollution in the wintertime originates from my neighbors’ burning wood in their fireplaces not for warmth, but for aesthetic reasons.

It matters because when particles are inhaled, they cause health problems ranging from asthma to heart attacks. And if you think your chimney sends the particle up, up, and away from your house, you’re wrong. A study (Pierson et al., 1989) showed that 70% of the particle pollution that goes up the chimney re-enters your home or impacts your neighbors. So you’re just polluting yourself.

While I don’t want to out people in my neighborhood for burning wood, my geeky, let’s-measure-everything curiosity got the best of me. So I decided to set up a mobile wood smoke monitoring system in my car. I mostly wanted to see if I could detect which streets were more polluted. So, armed with a decent (yet expensive) particle measuring instrument, an Arduino, software, and two spare weekends, I created a system that worked quite well. This post will briefly describe the system and present the results.

I chose to use a mid-cost ($5,000) particle measurement device and a bunch of DIY items. This helped ensure particle measurements of sufficient quality to draw conclusions from, yet provided a system where lower-cost particle sensors could replace the expensive instrument someday. The setup consisted of:

The Arduino received inputs from the nephelometer and the temperature and humidity sensors. Measurements were averaged every second and sent, via Bluetooth, to the AirCasting app running on my Android phone. The real-time data streamed into the app’s screen, which helped me confirm the smoky and clean streets in my neighborhood in real time, while I was driving around.   When I finished driving the route, I saved the measurement session with all its data and uploaded it to the AirCasting.org website. I’ve driven hundreds of miles in northern California with this measurement system. On one night, November 10, 2013, I repeatedly drove a route in my neighborhood.

The data showed lots of interesting things (as shown in the figures below). Conditions in the afternoon (1400 PST) showed good air quality levels throughout the neighborhood — no burning yet. By early evening (1800 PST), one residential area right next to Santa Rosa’s major hospital showed very high PM2.5 levels from wood burning. In fact the PM levels were over 150 ug/m3, which is Very Unhealthy on EPA’s air quality index. This is approaching levels that you would commonly see in polluted cities like Beijing. It’s remarkable how localized the smoke can remain. Notice that on one street the air quality levels are healthy (or Good), whereas on Parker Drive the air is Very Unhealthy.

By 1900 PST, the wood burning continued at homes near the hospital. Air quality on other streets was at Moderate levels due to isolated burning and due to a weather condition called a temperature inversion. The temperature inversion acts like a lid on the atmosphere and traps pollution (in this case smoke) near the ground. By 2000 PST, light and variable winds slowly dispersed the smoke near the hospital hundreds of feet to the southeast. One hour later, at 2100 PST, the air quality levels were Moderate throughout the area, and the hot spot near the hospital had dispersed. But the particles just didn’t disappear; while no longer concentrated and unhealthy, the particles were just pushed to some other neighborhood by the slow and gentle overnight winds.

Post script: I haven’t ratted out my neighbors, but I have let some of them know that we are only polluting ourselves. 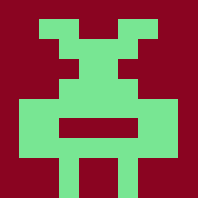