As you can tell by the title, I’m a little over a month late in writing this one-year retrospective, so I guess I’d better get started.

Back in June of 2011, I was fortunate enough to be put in contact with Dale Dougherty through a friend of a friend. I sent him a brief letter applying for an internship at MAKE magazine, and on June 15, I came in for an interview. I should explain that I’d never applied for a job of any kind before, and I was a little nervous, so my normally silver tongue let me down quite badly during the actual interview. But when I first walked into the lab, all was well.

I was asked by one of the interns, Tyler Moskowite, to help troubleshoot a project that was bothering him: the Yellow Drum Machine (MAKE Volume 27.) I was able to figure out that two of the wires were switched, and with that corrected, the little robot worked. And that was that. I started on July 5. But I was by no means in the clear; I’d previously been strictly a software guy, so I had a lot to learn.

My first major assignment was the testing of the Giant Bubble Machine (MAKE Volume 28). This was my introduction to Arduino, circuit boards, and MAKE’s editorial process, all in one. I accidentally ordered surface-mount components instead of through-hole ones. Due to my poor planning, several steps needed to be undone for photo shoots. I struggled to get the circuit right, and then I struggled some more with the actual machine. The project was very nearly a disaster, but thanks to the support and patience of Zvika Markfeld, the author, I got everything running smoothly a couple of days before we went to press. To this day, the Bubble Machine is my favorite project. It’s been dismantled now, but the circuit board is still intact, and the sawhorse I used as the frame is still painted red.

Since then, I’ve helped test more than seventeen major projects across five issues of the magazine. Almost none of them have worked right the first time. This does not reflect badly on our authors; a second builder is absolutely necessary in order to insure that the project can be built using nothing but the article as a guide. Only one of these projects has had to be outright canceled, and that was after I’d already gotten it working.

Over the last 1.093 years, my horizons have truly been broadened beyond the world of bits and bytes and into the world of atoms. I’ve gotten pretty good with a soldering iron. I can use a table saw without hurting myself. But most importantly, as I troubleshoot a project– usually without a working example handy– I’ve had to start employing my own creativity to fill in gaps in the design. I’ve learned to be not just a technician, but an inventor as well. That’s a lot to learn in 1.093 years, and I’m grateful for the opportunity.

I think the biggest lesson here is that the truly interesting jobs are the ones you aren’t qualified for at first. As long as you can pick up new skills quickly, you can qualify yourself for almost any job in the world. 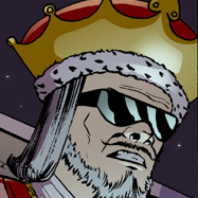