Rising From The Ashes of a Makerspace Fire

Foothills Community Workshop is a small makerspace in the old manufacturing community of Granite Falls, North Carolina, about an hour drive north of Charlotte. Things were going well for the first six years. Membership was steady, the workshop space had grown from its initial 2000 square feet to 5000 square feet, with an active woodworking shop, machine shop, science lab, model train layout, and the usual amenities of a community work space. The shop was in a small part of a textile mill with over 180,000 square feet of floor space.

On the afternoon of Friday, July 21st 2017, a fire started somewhere in another part of the mill, and the rest of the building was quickly consumed. There were no injuries, but the space was completely destroyed, leaving behind only one of the ham radio antennas originally attached to the porch. Upon knowing that everyone was safe, the scope of the tangible damage began to sink in. Gene’s model railroad project of 40 years was gone. The expensive tools like the laser cutter and machine shop were gone. Some members also had belongings in the storage units on the other side of the mill that were also lost. The collection of antique computers, as well as the classroom full of modern computers were all gone.

The board met right after the fire and decided that the organization would carry on, rising from the ashes to create a bigger and better space.

In the months that followed, things began to fall into place. Lots of other things were pushed into place with thanks to a core of hard-working volunteers. The modest insurance settlement, together with 5-figure donations from two members and dozens of smaller donations, left the bank account with enough liquidity to consider purchasing a space, rather than renting as before. Ownership would allow more flexibility in customizing the structure, and of course a more favorable long-term financial status.

The new space is less than a mile from the old space, with 10,000 square feet divided into areas that will become specialized work zones. These new zones include a classroom, lounge, full kitchen, computers/robotics/gaming, electronics, arts and crafts, woodshop, computer museum, railroad, Ham radio station, and machine shop. The original core of the building dates back to at least the 1930s, having served most recently as a distribution point for footwear. Another nearby community workshop was closing, and with very fortunate timing and generosity, they donated most of their assets to FCW. Dallas Makerspace sent a Lasersaur and electronics tools all the way from Texas. Members have kicked in maximum scavenging efforts, with generous donations from near and far.

Now, nearly a year later, the space is coming along. The wood shop alone is nearly as large as the old space. Two laser cutters are operational. A youth robotics club meets in the space weekly, and the local municipal government has been supportive. Classes open to the community have resumed, with a schedule gradually filling out. There is a loading dock! Several additions are still under construction and pending infrastructure, including the machine shop and model railroad. The computer collection has been rebuilt to the original inventory, notably missing only an Imsai 8080 and HP 85. There have been setbacks, but the advancements have outnumbered them.

The biggest takeaway from coping with catastrophic destruction of the space has been that the organization is so much more than the space. It’s really about the people. People like the members who have stuck with the group, paying dues even in the months when there wasn’t a space to call home. People like the local community who have supported us with donations and volunteering. People like the fellow makers nation-wide that have provided us with the tangible stuff that we were going to need to acquire from somewhere.

The cause of the fire has not been determined, and probably never will be. Two weeks after the fire started, the building was still burning in places. Photo reconnaissance showed the skeletons of our largest equipment, amid melted glass and twisted, rusting steel. Any slim chance of recovering souvenirs is far overshadowed by the dire risk of injury from the rubble, not to mention the unhealthy exposure.

Looking forward, we will never be able to replace everything that was lost, or rebuild the same space. We absolutely will build a great space though, where people can come learn, teach, and make. 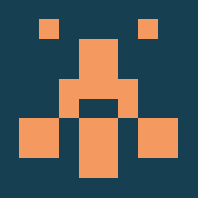 Jared is an airplane builder and pilot from Hickory, North Carolina, and a member of the Foothills Community Workshop.