Within seconds of entering the courtyard at Fergusons in Downtown Las Vegas, I meet Marley. I jump back a bit when I realize that the animal I’d noticed only peripherally and assumed was some kind of big designer dog is actually a black alpaca. He’s friendly as can be, with a sweet smile that I choose to interpret as an expression of fondness, even though I know deep down it’s just how alpacas’ faces always look.

Danielle Kelly is Fergusons’ property manager. She takes me to where I’ll be staying for the night: an Airstream trailer, a tidy and top-of-the-line model with several small rooms inside, two TVs, and a nicer sound system than I have at home. It’s one of a few dozen Airstreams and tiny houses that sit on the property, part of an effort to bring creative entrepreneurs together for an experiment in living communally and with minimal possessions.

“And here’s your neighbor,” Kelly says, signaling to look into a window of a unit near mine. I squint to make sure I’m really seeing what I think I’m seeing. “Is that … a sloth?,” I ask. Kelly nods. I already know the answer to my next question, but I ask it anyway: “And he lives in his own little house?”

Kelly tells me that Airstream Village, as it’s known colloquially, has been up and running for a few years, but was just recently relocated to a new home — here, the former site of Fergusons Motel, one of the original lodges that lined Fremont Street back in Downtown Las Vegas’ old days. There are big plans in store for Fergusons. In addition to managing the residential community and their humble abodes, the team here is sprucing up the old inn’s rooms with a spiffy vintage motif in anticipation of reopening them to travelers. Cool new retail spots are going in soon. A skate park is being built. There will be lots of art — big art. Out front, there’s the 42-foot-tall sculpture, Big Rig Jig, made from a pair of 18-wheelers.

Downtown used to be the fashionable part of the city. If you’re thinking of Rat Pack-era Vegas, you’re thinking of downtown. As the bustle steadily moved away to the Strip in the ’80s and ’90s, Vegas’ original hot spot was neglected and over time became blighted. The old Fergusons sat more or less abandoned for several years, until it was purchased by Downtown Project, the urban revitalization endeavor launched in 2012 by Zappos CEO Tony Hsieh after he sold the online shoe and clothing retailer to Amazon for $1.2 billion.

If you’ve heard much of anything about Downtown Las Vegas over the past few years, you’re almost certainly aware of Downtown Project. Rebranded as DTP Companies late last year, the $350 million initiative is focused on creating a new type of community-centric neighborhood, shaped in large part by a commitment to innovators and makers. Over nearly 45 acres in downtown’s Fremont East district, DTP operates a few dozen of its own businesses and creative ventures in the neighborhood, and either invests in or partners with several dozen others.

At the project’s heart has always been a desire to see what happens when you let makers run a city in their vision — even (or perhaps especially?) when that vision includes ideas that might seem a little wacky to outsiders. DTP has had its share of setbacks (several of its early investments failed) and detractors (folks who argue that despite all the money and work that’s gone into re-envisioning the district, it’s still more of a hipster wonderland than a “real city”). But there’s a renewed energy here as of late, a second wave of activity and development designed to bring creative folks to town and keep them here for the long haul. In addition to undertakings like Fergusons, a host of housing is being developed to handle new arrivals eager to be a part of the action. Complementary efforts like the City of Las Vegas’ own Project Enchilada, an expansive plan concentrated on restoring vintage architecture and bringing new landscaping to the area, are also taking hold.

While Hsieh is still heavily involved in DTP, he stepped down from his formal leadership position back in 2014. Michael Downs, DTP’s executive vice president, is now responsible for driving the effort’s big-picture planning and its daily operations. “The primary objective is to bring more bodies to live, work, and play in DTLV,” Downs says, citing the many projects under the DTP umbrella, which all share an executive board and a central marketing team.

One thing is certain: Downtown Las Vegas has undergone a remarkable amount of change since the DTP team first took it on. I’ve visited nearly 20 times over the past decade, and it would be hard to overstate how different it feels now versus 10 years ago, before the revitalization kicked off. I’m always amazed by how quickly and how often things pop up — every time I’m in town, I encounter new and inspiring art, technology, and business ventures.

And I always meet interesting people. Today, one of those people is Jen Taler, the curator behind Market in the Alley, a monthly showcase for local makers ranging from woodworkers to chefs. “We created this because we saw a need for people to have a way to share all the cool stuff they’re doing with the rest of their community,” she says. “It’s also a space for people who have ideas for companies that they might eventually want to level up. I think of it as an incubator in a way.” She introduces me to some of the market’s exhibitors — a resin artist who makes custom kitchenware, a couple who sell their own line of vegan hot dogs (Las Vegas’ first), and a group called Future Makers Las Vegas, which leads crafting, gardening, and entrepreneurial workshops for kids. Nearly 1,500 attendees make their way into the market over the course of the day.

Later that afternoon, I take a walking tour of the neighborhood. My first stop is Container Park, an outdoor shopping center built out of repurposed shipping containers and Xtreme Cubes. Several dozen small businesses reside there, all of them local. They surround a playground with a three-story treehouse and a large, electronic play structure programmed with interactive games for kids. Out front is The Dome, a 360° immersive theater that features a 14-million-pixel 4K display. And then there’s the Praying Mantis, a 55-foot-tall steel sculpture with a dump truck at its base. Built by artists Kristen Ulmer and Kirk Jellum as an exhibit for Burning Man, it’s designed to “dance” and breathe fire in rhythmic bursts when music plays at night. When I return later in the evening, it’s gettin’ down to James Brown’s “I Feel Good.”

I stroll through the Arts District and take photos of huge outdoor murals and installations by world-renowned artists like Pixel Pancho, Ana Maria Ortiz, Shepard Fairey, Mark Drew, and D*Face. Many of the works were commissioned by the DTP team that runs Life Is Beautiful, the music and culture festival that’s been held annually in the neighborhood for the past five years. My favorite piece from the collection is André Saraiva’s The Empty Club — a mock nightspot composed of a small pink and blue graffitied building (formerly the office of a deserted gas station) with a lonely mirror ball hanging from the ceiling inside.

I stop by the Gold Spike, a casino that DTP bought and converted for daytime use as a drop-in workspace. I hop online and a woman asks me if I’m there for the hacker meet-up. When I walk outside, I watch a guy in full Elvis costume argue with a guy dressed like a robot about where they’re going to set up on the street to perform.

On my way back up to Fergusons, I pass the Hydrant Club, a dog care and training center with a large open area in front for canines and their humans to commune. It’s home to a 15-foot-tall functioning fireplug that lights up from the inside. A group of women stand near it, taking selfies. “It’s so crazy to see all this stuff here,” one of them says. “When I was a kid, this was a part of town you just did not go.”

I’ve never been able to quite put my finger on what it is about Downtown Las Vegas that’s so attractive to me. While it grows and changes and gets more fun each time I’m there, it’s also far from perfect. There are still significant stretches that remain desolate and dilapidated, and it feels like it’s still missing critical infrastructure that would be necessary for a permanent community to really congeal. But after this last trip, after meeting some of the people who are instrumental in designing the next phase of the neighborhood’s plan, I’ve figured out what my fascination stems from. It’s that the creative energy that DTP launched with, and that remains in full force seven years later, reminds me of many excited conversations I had with friends way back when we were young and idealistic. We complained to each other about how all people with money care about is turning their money into even more money. We told ourselves that if we ever had the chance, we’d ditch the workaday world and find a way to bring interesting people together somewhere weird to focus on being creative. We knew this was naive and probably impossible. But it was fun to talk about.

When I’m downtown, I feel some of that excitement again. And I wonder: If you did have the resources and the opportunity, why wouldn’t you find some neighborhood with myriad creative possibilities, a place that just needs some love and attention and people willing to make some things happen — and make some things happen? Why wouldn’t you invest in artists who make big, strange, audacious stuff for no other reason than because it’s possible to do, and then install their work on street corners around town? Why wouldn’t you create a place for people who want to do things like start small craft businesses or serve up specialty food or teach kids to build things? Why wouldn’t you turn the grounds of an expired motel into a high-tech trailer park where residents live alongside animals that most people only see at the zoo? Seriously, why not? 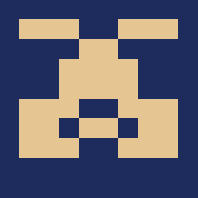 Eric Steuer is the creative director of Creative Commons and the producer of Plays Well with Others, a podcast about the art, science, and mechanics of collaboration.