A group of young female students sit around a table, laughing and talking. But they’re not discussing school, boys, or music. Instead, they’re talking how to replace a dead hard drive, how to install a case fan, and how to salvage a water-damaged motherboard. This isn’t a new topic of conversation for the young women of St. Joseph’s Academy—an all-girls K-12 school in Baton Rouge, Louisiana. These young women are computer repair experts—and they’ll run IT circles right around you.

Like many schools to integrate electronics into their curriculum over the years, the teachers at St. Joseph’s weren’t sure how to handle the growing use of high-tech devices. Between new computer science classes and programming workshops, the school had to ask: What happens when their students’ innovative gadgets break? Because eventually, they would.

Can the students using electronics in classrooms also be responsible for maintaining them? Can kids and teenagers take broken electronics apart, diagnose them—and fix them? They can. And they really, really should.

Implementing electronics into classrooms is far from novel—it’s progress spans over the last 70 years—but it certainly was slow to start. The first school computer used for general purposes was MARK 1 at 1944 at Harvard University during WWII. And it wasn’t until the 1980s and 1990s that PCs, CD-ROMS, and glimpses of the Internet were making their appearance in schools, paving the way for what we expect of today’s classrooms.

Electronics have become a driving force for our students’ educational experience. 97% of teachers in America are already using at least one or more computers in their classrooms; and 99% of students between grades 4-12 are using everything from tablets to personal laptops—for their studies. This academic progress is impressive.

But here’s the rub: If traditional textbooks were replaced and updated every 7 years (an already pricey and wasteful practice), then how are we supposed to financially support their replacements—iPads and tablets—whose expensive batteries need to be replaced every 2-3? Unless we have proper device lifecycle planning, the digital growth in schools may be causing more damage than good. We can’t afford to pour millions of dollars every year into building tech programs, wait for the electronics to break, and then pour more money into upgrades and new devices. The best chance of making these programs sustainable—and developing our students’ education in the most relevant ways—is by ensuring students’ devices last as long as possible. We need technology repair centers.

St. Joseph’s technology repair center opened 15 years ago, but it didn’t gain major traction until Hurricane Katrina hit the Gulf Coast in 2005. Most of the greater New Orleans area, a mere hour away from St. Joseph’s, was destroyed. Soon this small school, known for its repair center, received hundreds of broken, water-logged computers from the Crescent City. And what did the students of St. Joseph’s do with these seemingly hopeless devices? They fixed them.

Some of the refurbished computers were kept, others were donated to neighboring schools, and an extra 200 were sent to needy communities in Mexico. And in that time of desperation, St. Joseph’s technology repair center proved they weren’t just influential to their own community—but to the global one.

Ever since, organizations and schools around the world have reached out to St. Joseph’s young repair women, asking for their technical support. Claire Luikart, Special Projects Manager, explains, “We all operate under the idea that ‘To whom much is given, much is expected.’ We like to give the girls opportunities to bring their knowledge and our resources to those less fortunate around the world. The tech world is not an ivory tower.”

So how do we make technology repair centers a reality? We need repair information available to all of our students. And we need to encourage them to repair their own electronics—not depend on buying disposable devices every year. By making this information accessible and collaborative, we can teach the next generation vital electronics skills.

Because there’s one thing that we can all agree on. In the words of Colette Burke, Help Desk Manager, “Technology isn’t going anywhere—and it’s still gonna break.”

0 thoughts on “The Young Women of St. Joseph’s Academy” 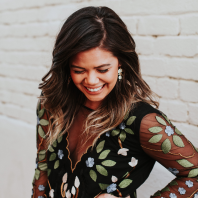 Director of Outreach at iFixit, an online repair community that creates open sourced repair manuals for everything, and Dozuki, a visual documentation software. In addition to overseeing relationships among iFixit’s and Dozuki's partners, she has written articles for GOOD Magazine and iFixit.org. She is best known for her continuing article series, the “Female Fixoholic.” Cait received her B.A. in English Literature at Loyola University New Orleans and is a candidate for her M.A. in English at California Polytechnic State University. She also teaches Creative Writing to minors at the San Luis Obispo Juvenile Hall.