Austrian artist, Laurin Döpfner, gives new angles on how to use a planer in his piece titled, “Verschleif”. Meaning, “Erosion“, this stunning time lapse dissection project shows the audience a slice of life, literally. But how did he do it? A lot of patience, that’s how.

“With an edge sander, half a millimeter is sanded off each work piece (wood, walnut, transformer, skull or analogue camera) and photographed. About 650 photos are made into a short film, which contrasts the inner structure of nature and technology.”

650 photos sounds like a lot but take one look at your own phone gallery and know it isn’t that many at all! Döpfner shared some separate photos of “Verschleif” in the making.

One can only hope to see more from Lauren in the future. Check out his most recent piece, “Deconstructed Piano”.

“‘Deconstructed Piano’ considers the gradual destruction of instrumental music through digital sound generators. The Moonlight Sonata is corrupted in an assault by two robots. The Sonata represents the agony and grief suffered by the piano. For this performance two heat guns at a temperature of 650°C work the piano’s wood on and on to the point of collapse. There are four cameras installed to capture the process in a time lapse with one frame every 6 seconds. The ongoing performance and the shooting took about 8 hours.”

Beautiful. Keep up the good work, Laurin! Has his projects inspired you to create your own time lapse work of art? With the right tools, almost anything is possible! 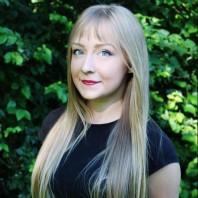