With 70+ makers and more than 5,000 visitors at last month’s Twente mini Maker Faire, the event wasn’t so mini. The fair was housed in a refurbished factory hall which besides a massive space for events house a large number of creative start-up companies. Fortunately the location (Creatieve Fabriek) and production crew were up to the task, so, although busy and bustling with activity, the event turned out to be quite relaxed.

The balance between artist, DIY makers, companies, maker spaces and FabLabs turned out nicely. The input by artist worked especially well. One of the most popular was Theo Jansen demonstrating one of his beach walkers and showing a variety of 3D printed scale models which were available as kits. There were  also some very nice vertical plotter installations printing portraits and a large floor printer making drawings with crayon! A mobile piano and a weird mobile disk station (Kalipofoon) provided short musical interludes.

The 3D printer density was not exceptionally high (i.e. not EVERY stand featured a 3D printer ;-) ) and we saw some great examples: DLP printers, a tripod 3D printer, a number of UP! Minis, Felix 2.0’s and a nice Ultimaker printing out Sinterklaas gifts. There were also some great professional uses of 3D printing, for example, the jewelry by Dario Scapitta.

A whole section in one of the halls was populated with workbenches for (young) visitors to build FlatPack walkers (lasercut servo driven walking robots), scrap-heap hovercrafts, solder DrawDio’s, blinking lights, optical fiber lights and more. The powertool race track in the middle of the room offered a totally different (at least noisier) form of entertainment.

During the event a jury was given the task to award the most innovative maker with the ‘Hazemeijer Trophy‘, named after the original owner and user of the factory. The trophy (a small portable Van de Graaff generator) was awarded to young maker-start-up company Infento. Infento makes sets of cross-beams and custom designed brackets, sprockets and wheels allowing you to build your own vehicles.–trikes, scooters, skelters, whatever you like. Because of the innovative idea, the great product and the way they facilitate and stimulate new generations of makers they were rewarded the trophy by unanimous vote.

All in all a very good experience, to be continued next year! 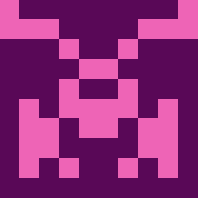