Detect Lightning with a Simple Circuit

While doing some research on very low frequency (VLF) receivers and radio propagation, I came across an amazing website curated by Charles Wenzel. It is called Technical Library, or TechLib for short. It has all kinds of interesting electronics projects and experiments, and I highly recommend bookmarking it for future reference.

I made the “Basic Lightning Receiver” for the Maker Faire Bay Area in 2016. It is housed in a broken LCD TV cabinet, as seen below.

I removed the broken screen and most of the circuit boards and parts. At first I thought I could reuse the existing remote to turn the unit on and off, but the TV had many multi-function ICs and I decided it wasn’t worth trying to figure out how to cut up the board and circuits. I did keep the pair of speakers for the sound portion of the detector though.

All components are common and may be found in your junk box, with the possible execption of the TL-431 three terminal adjustable shunt regulator (voltage reference). These are readily available from your favorite parts supplier. The TL-431 is also known as the NTE999.

Construction is not critical (with one exception that I’ll mention later) and parts can be laid out in any fashion you wish. This is a perfect project to stimulate your creativity in packaging and construction techniques. The TechLib website includes a great gallery of “Readers’ Projects,” including some amazing lightning detectors that are truly works of art.

My new version lightning detector / 300 kHz receiver is built into a project box rescued from the recycle bin and features a tape measure antenna.  The BNC connector at the top left is for an external (larger) antenna. A “wall wart” 5V power supply plugs into the cabinet on the rear panel. This allows more room inside for future modifications or circuit additions.

The images below show what’s inside the project box. As you can see, the circuits are simple and not too many parts are needed.

By the way, I learned something while building this version of the detector: The tuned circuit is influenced by the magnet in the speaker, so this is possibly the only “critical part” about parts placement – make sure the inductors (coils) are not too close to any “magnetic” parts, such as the speaker and, possibly, the power supply transformer.

Lightning flashes and Tesla coils generate a wide range of radio frequencies near 300 kHz, slightly below the AM broadcast band (540 kHz to 1700 kHz). The electrical impulses can be perceived as “noise” or “static” in a radio receiver.

The lightning detector is a “resonant tank circuit” which detects lightning electrical impulses, amplifies them so the noise can be heard on a speaker, lights an LED and moves the needle on the meter.

A lightning simulator is used to test or demonstrate the unit in action when no storms are in the area. It is a low frequency, low level oscillator. Another way to simulate lightning is to use a piezo electric striker, like the ones used in some cigarette lighters and gas barbecue starters.

An “uh-oh” moment during testing and lessons learned 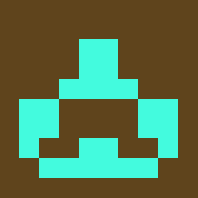 KH6WZ is Wayne Yoshida located in Orange County, CA USA. I am a technical writer and a Contributing Editor at CQ Magazine, running the "Ham Notebook" column.

Visit my LinkedIn and beBee profiles for more articles and activities.