San Franciscans go crazy when a new museum, restaurant, or public space opens, and flock to it en masse as if there are no other choices for activities. The overwhelming crowds last for at least six months, during which time it’s almost impossible to enjoy a visit. This is now the case with the California Academy of Sciences, as it was the case with the de Young Museum the year before, and the Conservatory of Flowers a few years before that.
Avoiding the admittedly lovely Academy at Golden Gate Park last Sunday, where we witnessed a mile-long line of people waiting to get in, we headed for the Conservatory of Flowers, a white marvel of a building originally built in 1878. No lines, no crowds, just unfettered access to one amazing plantlife after another in room after room.

In the last room, we were delighted to find the Golden Gate Express exhibit, a miniature steam train that rolls through a miniature San Francisco, complete with Coit Tower, TransAmerica Pyramid Building, Golden Gate Bridge, and of course the Conservatory of Flowers.

The best part: these mini structures were made from repurposed throwaways. The Ghirardelli clock tower is made with old chocolate brown light switch plates; 1,000 computer keys stud the Transamerica Pyramid, and Coit Tower is made with plumbing supplies, tape measures and mini blinds.

Another artful example of creative reuse.
The exhibit lasts through April 19, 2009. 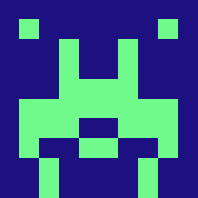