Let’s Make Health! That’s was the banner under which we all flew Wednesday, May 28th, 2014 at the Maimonides Medical Center Mini Maker Faire in Brooklyn. Fifty years ago, in that same hospital, Dr. Adrian Kantrowitz used modified electronic metronomes bought in Canal street to prototype the first implantable pacemakers. They hacked AM transistor radios tuned to their lowest frequency to debug the pacemaker ticking and propelled the hospital’s research to do pioneering work in heart transplant surgery.

Today, that spirit of making in health is alive and well in the 100 years old hospital. The hospital staff with leadership from their Community of Nurse Scholars program hosted the first ever Mini Maker Faire in a hospital. The hospital worked closely with our MIT Little Devices Lab and our MakerNurse program to bring together health makers from around the hospital and the local neighborhood to showcase actual medical technologies and projects being used everyday.

So what’s it like to host the first ever Mini Maker Faire at a hospital?

We knew this wasn’t going to be a typical Mini Maker Faire when the first thing that rolled into the venue was a 6 foot tall, life sized, animatronic medical simulation mannequin used at the Center for Clinical Simulation. It was part of an exhibit called Remaking the Hospital Bed where Mini Maker Faire guests could come and up modify and attach ideas of how you could make the typical hospital bed, a better one. The simulation environments are critical for health making—you don’t want to experiment your ideas on a patient when you can start with a robot. At Maimonides, the health making doctors and nurses try out their idea and training on robots before it reaches the bedside.

Veteran Makers from NYSCI’s Makerspace in Queens joined us during the daytime portion of the event to make paper circuits, large scale prototyping, and learning the basics of hand sewing—which turned out to be interesting since there were a lot of surgeons on hand to trade tips on sewing versus suturing!

So why a Mini Maker Faire in a hospital? Taking back health.

Groups like DIYAbility , the Galloway Lab at University of Delaware and our own at MIT have shown that DIY and Health Technologies are returning to makers. Most of the innovations we see in healthcare have often started as maker concepts that eventually got progressively more polished into manufacturable devices. So when Kelly Reilly, a nurse at Maimonides Medical Center and local investigator on our MakerNurse project at the hospital announced they wanted to run a Mini Maker Faire during May, we were ecstatic. We were also about to get a lesson in hospital scheduling.

Mini Maker Faire: the Day Shift and the Night Shift

Hospitals never sleep, not even when the patients are sleeping. So one major difference in programming was hosting two Maker Faire sessions: Daytime (11am to 4pm) and Nighttime (8pm to Midnight) to make sure all the hospital staff could join, even those beginning their day at 8:30pm and leaving at 5:30am. We had a lot of coffee that day. This also included a some kids from the neighborhood a little past their bedtime on a school night. Who can resist attaching Makey Makey’s on hospital equipment, though?

Historical Makers
In one exhibit, we used modern day prototyping tools such as 3-D printers, laser cutters, and good old fashion hacking of consumer devices to recreate devices made by nursing from 1920s through the 1950’s. One of our favorites was a “Nurse Locator” sign which was like the Status Update of 1955.

Lego in the Oncology Wing
Victor Ty is an oncology nurse by day, Lego master builder every other day, he wowed visitors with his recreations of linear accelerators for radiation treatment built with a purpose: to help pediatric patients cope and understand the treatment process in what would usually be a big scary machine in the eyes of some very sick kids. By learning how the machines work and what’s about to happen to them, kids, especially those with sensory, language and cognitive challenges, can be more comfortable with treatment.

Hot Tamales, Jelly Beans and Plasma: DIY Medical Simulation for Ages 10 and under
Another staff member who works as part of the Child Life Services team, demonstrated the various tools they make to help kids understand what the body goes through during different treatments. With a mixture of Karo Syrup, Hot Tamale candy’s, Jelly Beans and food coloring in a bottle, you get an amazing representation of the body during an infection and how our blood fights back. I have friends who design advanced simulation systems for the Army medics and this visualization of the blood system is one of the best (and cheapest) I’ve ever seen. Oh yeah, and the kids actually make it themselves. That’s health making.

Maker Faire is more than just a show and tell gathering, it’s an exchange of things and ideas and that’s exactly what Maimonides set out to do. By gathering caregiver staff from all sorts of departments: Neonatal Intensive Care Units, Delivery Units, the ER, the OR, the Post-Operative Intensive Care Unit, the Psychiatry department, and many more across the hospital and around the neighborhood, we were able to see first hand what happens when we have conversations about making health: Could we use a Raspberrry Pi camera to track motion? Is an accelerometer really that small? That cheap!? We give you Sugru, we trade you with surgical tape. Can you 3-D print this type of clasp for the Continuous positive airway pressure (CPAP) machine? Could we make a mold instead so it’s softer? I can make my own app with AppInventor? Could we use it to make a wound monitoring system? The folks at DIYAbility are hacking the toys again with accessibility circuits, could we use that conductive fabric for the hospital bed? Can you roll the MakerNurse Technology Crash Cart closer to this part of the hall?

In the end, as a health making lab that gets to work with maker nurses, maker doctors, maker caregivers and maker patients around the world, these conversations were music to our ears. And the beyond the conversations, the prototypes and the device making that is continuing after the first Mini Maker Faire at a hospital offer a the promise that something you can hold on your hand, is something that can heal, and something you can make. Our team at the hospital, the lab, and our friends at DIYAbility, NYSCI are incredibly excited. We’ll see you at the next hospital Mini Maker Faire! Until then, there are many more pictures of the event in our Flickr album. 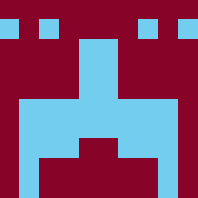 Jose Gomez-Marquez directs the Little Devices Lab at MIT, which recently launched the MakerNurse project which aims to find, enable, and honor the stealth ingenuity of nurses who are making health hardware in America's healthcare system.