Earlier this year we posted about the Global Space Balloon Challenge (GSBC), an event that encouraged people from all ages and backgrounds around the world to build, launch, and recover their own high-altitude balloons.

The launch weekend took place April 18–21. To date, 52 teams from 17 countries have successfully launched their balloons to the edge of space — everyone from elementary school students in the U.S., high school students in Norway and university students in Brazil, to enthusiasts in Hong Kong and Australia. And though a number of teams had to delay due to weather and other circumstances they are due to launch in the upcoming weeks. Pictures and data have started flooding in, and we’re busy working with industry partners to select winners for the various prize categories.

Participants came from a range of backgrounds. On one end of the scale there were teams that had never launched a balloon before and were looking for a fun way to learn new skills, while on the other end there were veteran ballooning teams with hundreds of launches and decades of experience under their belts. The best thing about high-altitude ballooning is that it’s an accessible project for everyone, regardless of experience. The majority of teams built their payloads using Arduinos and Raspberry Pi’s connected to sensors, smartphones/tablets with data-logging apps, cameras hacked with high-capacity batteries, off-the-shelf GPS trackers, and 3D-printed parts.

With broad challenge categories such as “best design” and “best experiment,” teams were given the creative freedom to dream up innovative new designs. There are many challenges in launching and recovering a balloon, including uncertainty of the landing site. This year’s GSBC saw a number of teams propose and prototype new ideas to solve these problems, including an automated parachute-steering mechanism to allow the balloon to land near the closest road, and a remote-control plane streaming first-person perspective video to a controller on the ground.

Teams have reported that the GSBC has brought together local communities, school districts, and even families! Incredible stories have been coming out of the challenge — for example, a team in Canada that got together their entire family to fulfill their 2-year-old’s request for his Lightning McQueen toy to “be a real astronaut,” and a teacher in Ireland working with her elementary school children that shared a story of their balloon landing in the ocean before the Irish Coast Guard willingly recovered it for them, fully functional.

2014 is the first year of the GSBC, with plans for it to be an annual event. Preparation has already begun for next year’s challenge, which looks to attract teams from more countries and to offer more challenge categories. We also hope to partner with education groups to see how the GSBC or balloon projects in general could be integrated into curriculum at various levels.

All the photos in this post are submitted by GSBC participants. If you want to capture your own great photos from near space, there’s no reason why you can’t do it before next year’s challenge! Check out our gallery or Facebook page for inspiration from our teams, and the GSBC website tutorials for every step of the build process. We’re also trying to build the ballooning community, so free to ask questions on our forum or contact any of us for help!

The Global Space Balloon Challenge would like to thank Stanford University, the University of Michigan, the Massachusetts Institute of Technology, Arduino, and Sparkfun for making this event possible.

0 thoughts on “Makers Launch to Space in Global Balloon Challenge” 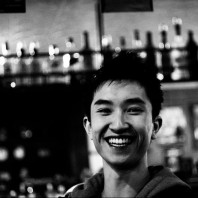