I have, in my hands, a Tango. What an amazing feeling to touch what has been the hottest gadget talked about in the last 10 days, since the unveiling of the project a few days ago.

For me, it is a bit like magic. Having been involved with 3D scanner since the ’90s (that’s last century, kiddos!) as part of the MENSI team that was acquired by Trimble in 2003, I have been dreaming of some sort of 3D scanning device for home use since then. Microsoft Kinect accomplished being a mainstream 3D scanner for home with millions of devices sold (and a few hacked) connected to the Xbox 360. Now, our friends at Google are bringing that experience and tool to my pocket with a portable, practical, 3D-scanner phone. Google’s Project Tango is here and it is real.

Here is what is in the box: a white cardboard box, the phone, two chargers and cables (one USB 3.0 that I can plug to my Mac and one USB 2.0 — 10 Watts), and a quick-start instruction guide.

Once you land on the SDK site, there is a definition of the project’s project’s name (yes, Project Tango also has another name: Peanut, which correspond to the second version of the prototype — you can see the first prototype in the unveiling video at the 58th second)

PEA·NUT / ˈpēnət / Noun
1. A mobile device that will change the world of mobile computer vision forever.
2. Tasty seed of a South American plant.

Both of these definitions sound really good. Actually, the first one is ambitious but I could see why as I started using the phone. Once you turn the unit on, you can play with it right away. As part of the OS, you get the DepthViewer App. Launch it and you will see depth images in real time of the sensor in the phone.

You can turn the Camera App on and get pictures from all four cameras on the phone, including the depth sensor, designed by PrimeSense.

On the dedicated Peanut category on the Play Store, you can download additional demo apps for your phone. Some are designed with the Unity engine, like Tango Pointcloud, Tango AR UFO and Tango Sparse Mapper, some others are Java-based, like Cube Mover, Forest (which reminded me of the Windy Day app on my Moto X), Interior, Bike Exploder, PlyLoader, Tango Mapper, and Depth Scan. These demo apps enable you to test the augmented reality, tracking, mapping, and scanning capabilities of the phone.

To go further, you will need to start coding a bit. The SDK web pages are clear and well documented. If you are familiar with Android, Unity and/or Java development, it should not take you long to get started with the device. Granted I got the the unit on my big 40th birthday weekend, which meant little time available, but I was still able to program my first test app in a couple of hours. Accessing the core functionalities is quite simple and, from the first coding experience, not hard to implement in your own programs.

OK… Now… I have to admit, the first thing I did with Tango was take a selfie! Not that easy as you have to get your hands out of the field of view of the cameras and press “volume down” and “power” at the same time to capture a snapshot. It took three attempts to get something recognizable as a selfie.

It did not take long to discover that you can activate the IR camera in the photo app, making the second version of the selfie more interesting. It will probably not be as popular as Ellen DeGeneres’s Academy Award one, but I guess this kind of making history too, in some ways.

Finally, we could start a new trend by using Tango as a verb! Here is my son, Gaetan, being “Tango-ed”.

Of course, with all these sensors the CPU needs to capture and display in 3D, Tango has a tendency to heat up and drain its battery fairly fast. But remember, this is only the second prototype. It may be months before you see a mainstream device available for sale (or available as part of another Explorer program, like Glass) and Google’s engineers have time to fix these issues. I was amazed to see how fast they transformed the first prototype (that was only a proof of concept) into a fully functional Android device. At that speed, version 3 might reserve a few new surprises…

Over the years, I have been lucky enough to play with some quite interesting 3D scanners, including the new Trimble TX8. Because of that, I have millimeter-accurate 3D scans of my home, indoor and outdoor. I activated the Tango Mapper app and started capturing data in the house.

I isolate in the data set the first floor, with the idea to do a quick comparison with the Tango captured point cloud.

As I expected, Tango did very well in some areas… and drifted in some others. A few factors are definitely changing the way the data are captured: temperature of the sensors, light conditions, number of passes, and others. Like with every new technology, best practices will have to be developed (potential addition of targets and capturing the area twice, just to name a couple potential ideas to explore). In addition, I did take the raw data directly from the unit. Google does have an offline process to run dense mapping based off of a bundle-adjusted pose. This should really help lessen drift issues, but I haven’t had time to fully test this yet.

Nevertheless, we are at the very beginning of the next phone and tablet revolution. The integration of sensors in one device, no additional accessory needed, will bring to the market a new area of apps, from gaming to professional applications. The games with augmented reality are already bringing a new dimension to the experience. I believe that shopping experiences will be completely transformed. You could already foresee an IKEA app, where you would “3D” model your existing kitchen with a Tango phone and order a completely new cabinet set online… delivered by an IKEA drone?

And talking about drones, robotics with computer vision will become easier by plugging a Tango to your robot and programing it to avoid obstacles when moving to a specific target.

Here is a bit more about the robotic use of Tango: Google has also included drivers for USB to serial support for things like the 3D Robotics Iris, or Kobuki from Yujin Robot. With the USB2 OTG, you can connect to slave accessories (robots), which optionally charge over the USB 3.0 port (this is especially handy for the Kobuki, which can self-dock to recharge the base).

We are at the beginning, and the clever app developers and makers from around the world will discover and create new ways of using Tango. Not just taking selfies. 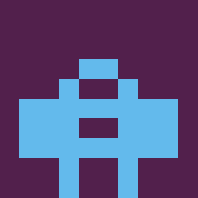