The “Boston Logan Terrorist Suicide Bomber” explains what really happened to her.

It’s 8 p.m., and I’m nervous and excited. Nervous because I have roughly 12 hours to finish two MIT problem sets I haven’t really started on. Excited because the next morning, my friend Tim Anderson will be flying from California to visit me in Massachusetts. My plan is to grab dinner, plunk myself into a study room with my books, pen, pad of graph paper, and computer, and do what’s known around MIT as “tool” — that is, work solidly until I’m finished, all night if necessary. At 6:45 a.m. I’ll go to the airport to meet Tim’s flight.

Things go more or less as planned. At 5:30 a.m., I lay down on the solid hardwood floor of the study room to catch a catnap. I set an alarm for 6:30. It goes off, but I’m so exhausted that I doze in a half-awake state, music blaring in my headphones, until with a jolt I realize it’s already 7:05! The plane is scheduled to land in just 15 minutes.

I run down to my room and throw on my clothes in a fireman’s hurry. The early morning looks gray and dewy, so I grab a sweatshirt. It happens to be the one I’d made the week before, with a battery-powered LED star on it. Tim studied electrical engineering, and he’s shown me a lot about how to build things. It crosses my mind that wearing my nerdy, homespun sweatshirt might make him smile. I also pick up a little flower I sculpted from plastic that I want to give to him.

I fly outside, bleary-eyed and a little wobbly, but filled with enthusiasm to see Tim again. I rush to get to a T stop, hoping he’ll wait for me at the airport.

Early-rising coffee drinkers chat boisterously all around me on the subway. After a long ride on the T, I get off at the airport stop and jump on the shuttle to the terminal. I look around — no Tim. Check the baggage claim — no Tim there, either.

It’s almost 7:45. I consider walking to nearby terminals, in case his plane made a gate change at the last minute. I spot an information desk. Aha! Information! Exactly what I need.

I ask the woman behind the counter if she knows anything about a change to Tim’s flight.

She looks up at me and starts saying things I don’t understand. She doesn’t speak English as a first language, making communication difficult.

“What is that? You can’t have that.” She gestures at my shirt.

What? Am I supposed to give her my clothes?

I start to answer her first question, about my shirt decoration. I point at it and hold it out for her.

“It’s a bunch of lights, see? Decorations? I made it.”

“It’s art, just a bunch of lights.” I’m not sure how to properly explain, so I’m trying to do so in simple terms. “Can you tell me about a flight? It came in this morning from Oakland.”

I really don’t understand, but I realize that nothing I say will help this woman comprehend. I’m frustrated, tired, and just really want to see Tim, so I translate “I’m calling the police” to mean “please go away,” and I turn and walk from her desk while unplugging the battery to make the lights turn off.

I make one more pass through the baggage claim and decide I must have missed Tim. Depressed, and with the weight of my problem sets to finish, I walk to the traffic island to catch the next MBTA shuttle so I can go back to school.

While I’m in baggage claim, a man dressed in black walks by me. He looks at my eyes. He looks at my sweatshirt, and continues to walk past. I watch him because he doesn’t look like a passenger. The back of his shirt has “State Police” written in tall, white letters.

I think, she didn’t really call the police, did she? Maybe the police make regular patrols around here.

I’m on the traffic island when someone grabs my wrists. Suddenly, shouting is coming from every direction. I feel my arms get wrenched up over my head.

People in black uniforms are all over me, yelling and forcing my arms into uncomfortable positions.

Some dam of stress breaks. I burst into tears. What’s going on? I’m trying to go home and finish some crucial homework I probably won’t be able to complete before it’s due. I’ve missed my friend at the airport because I overslept. And now I’m getting mobbed by a gang wielding guns. It seems like 40 people are surrounding me. Some of them are holding pieces of metal that I initially mistake for giant camera tripods. They turn out to be German MP5 submachine guns.

“Empty your pockets! Slowly!” they shout back.

“Does she have a lighter on her?” one sergeant shouts to another, hoping, I later realize, to bolster their “hoax device” argument with the idea that the flower in my hand could be a blob of plastic explosive.

For the next hour, I’m an “alleged” MIT student, until someone at my school can confirm it. Which MIT does, by issuing a press statement disowning me, based on the trickle of lies fed by early news reports.

“As reported to us by authorities, Ms. Simpson’s actions were reckless and understandably created alarm at the airport,” reports my school’s news office. Their statement doesn’t help me feel any better.

“What is this?” an officer shouts, holding up the metal U-lock clipped to my bag.

“Why would you bring a bike lock to an airport?”

In the post-9/11 era, everything is suspect. I supply a reason for carrying a bike lock: “I bike.”

Within a few minutes of surrounding me and demanding I remove my sweatshirt for their inspection, the police and bomb squad realize my sweatshirt is innocuous. Nevertheless, they arrest me, put me in handcuffs, and take me to the State Police office for more questioning. I’m “processed” and sent to a room where a detective questions me for an hour or more.

The telephone in the room never stops ringing. The U.S. secretary of homeland security wants to know about the “Boston Logan Terrorist Suicide Bomber.”

I’m terrified, exhausted, and want to fall asleep on every remotely soft surface I see. I realize I’m not going to get my problem sets done.

Nothing makes any sense. One minute, you’re an MIT student trying to be organized and do good work, and the next you feel like only Chuck Palahniuk could write a more bizarre story.

Before I know it, reporters are calling my family and everyone I’ve ever known.

After several hours, I’m placed in a police transport car to be taken to East Boston District Court. The radio is on, tuned to a daytime talk show.

The host is trashing me by first, middle, and last names, discussing various vast, awful, and mean speculations about who I am and what happened. The officer switches it off without comment.

How does the media know my middle name, where I live, and how to reach my family? How is the radio capable of telling me what happened at the airport, before I’m even sure myself? It’s evident that someone in the police department sold the story for a really nice dinner.

My house is staked out, so I stay with a friend. My old dorm is surrounded, as are my old haunts, including the machine shop at MIT. One time, I’m spit on: while I’m riding my bike around Copley Square in June — ten months after being arrested! — a man snarls, “You shoulda done time!” and hocks a giant loogie on my spokes.

For months, I can’t walk down the street or use public transportation without being recognized. Many people take their cues from the same factless news reports. I can even tell which news sources a person tuned in to, by what they believe about me.

This is Boston, the same city that blew up Cartoon Network’s LED signs and a private firm’s traffic counter because the unidentified electronics weren’t well-labeled enough to prevent the bomb squad from thinking they might be a threat.

After ten months of slow-progress court proceedings, East Boston District Court finally drops the hoax device charges. I’m ordered to perform 50 hours of community service, avoid being arrested in Massachusetts for one year, and submit an apology to the people who almost shot me because they overreacted to the LEDs on my sweatshirt.

If I don’t, I’ll be charged with disorderly conduct, which is hard to defend, because it’s not necessary for the state to prove I intended to be disorderly, only that I behaved in a disorderly way. In the end, I choose to finish the court case at the first possible opportunity, because the ordeal has exhausted me.

I’m well aware that things could have gone much worse. To quote State Police Maj. Scott Pare at the press conference, “Thankfully because she followed our instructions, she ended up in our cell instead of a morgue.”

I’m disturbed by the idea that, with one hysterical phone call, the state can be set in motion to relentlessly persecute anyone. Especially in a town full of tech hobbyists. Also, the State of Massachusetts seemed unable to stop persecuting me, no matter what the facts were, once the wheels were set in motion. I don’t like what this means about the future.

Of the few hilarious side effects of the arrest, the funniest involves the 2007 International Symposium on Wearable Computers. All of my wearables superheroes (especially Leah Buechley, whose LED clothing project appears in CRAFT, Volume 01) were to convene for the symposium, held, by chance, in Boston. I was invited, and I was delighted to accept.

Only there was a catch. The venue chosen was the Hyatt hotel at Logan International Airport. The judge’s ban against my approaching MassPort property of course blocked my ability to attend the event. So, getting arrested both wholly created, and destroyed, that opportunity for me.

Many thanks go to my legal team of Tom Dwyer, Serina Barkley, and others at the firm Dwyer & Collora, to my parents, and to Tim Anderson, Hal Abelson, Gerry Sussman, Patrick Winston, Ken Manning, and everyone who knew better than to take the police and press accounts seriously.

Editor’s Note: Star Simpson wrote a how-to for making your own light-up sweatshirt at Instructables: makezine.com/go/starshirt. 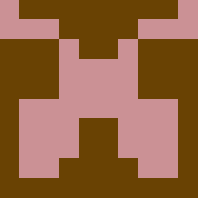 Star Simpson has been working with electronics for 14 years and is inspired by seeing others discover their own love for and ability to understand electronics too.