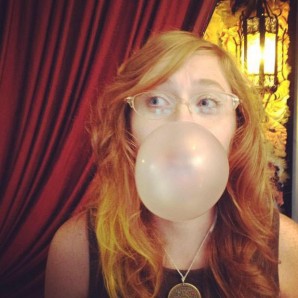 Emily Smith is the driving force behind Vancouver Mini Maker Faire and Vancouver Maker Foundation. She is an avid textile artist and community organizer with a focus on facilitating collaborative and creative workspaces as well as maker-oriented projects and educational programming.

Vancouver maker, George Rahi of Publik Secrets, and members of the Gamelan Gita Asmara, here in BC (yep, that’s in Canada!) created...

After attending a few local maker events, he was inspired to create his series, "You are what you make!"

It's going to be action-packed and filled with maker spirit!

Benom Juarez on the Future of Digital Fabrication in Peru

In December of 2013 I took a trip to Peru and was lucky enough to meet with makers at Fab...

Use EL wire to make your bike a sight at night.

How Luis of Fab Lab Lima Made a Functional Ironman Mask

When I saw the helmet I thought it was metal! Now I realize that it was made out of foam....

The third ever Vancouver Mini Maker Faire is happening this weekend, June 1-2 in Vancouver, British Columbia (Canada). There is...

Maker Music this Friday from 7pm in Vancouver, BC

Tomorrow marks the first ever Maker Music event, hosted by the folks that put on the Vancouver Mini Maker Faire....

photo by bluemollusc Vancouver Mini Maker Faire happened last month and one of the highlights for me was seeing Dan...