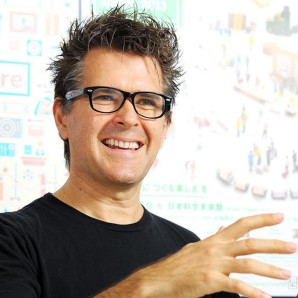 Russell Johnson, who played “The Professor” on Gilligan’s Island, has died at the age of 89. He was a childhood...

From the pages of MAKE's Ultimate Guide to 3D Printing 2014: MAKE Editor-In-Chief Mark Frauenfelder talks to Bre Pettis about...

Perfect weather brought a huge crowd to the Palazzo Congressi in Rome for the second day of Rome Maker Faire:...

Have you seen this impressive video that shows what happens when you drop a steel ball onto a piece of...

Here are working prototypes of devices that use data generated by OpenXC, an open source platform developed by Ford that...

Tall Bike Bobby: From Vancouver to LA on a Hand-Made Bicyle

From Vancouver to Los Angeles on a hand-made tall bike.