The BeeInSchool is part of BeeVeryCreative’s new line of 3D printers. This model, as you may have guessed, is being marketed to students and teachers.

The BeeInSchool is a slightly cheaper variation on the tried-and-true BeeTheFirst, which tested very well in last year’s shootout. This “Bee” is marketed as a more durable machine, specifically for educational environments. The team at BVC doesn’t disappoint as far as looks are concerned. The sleek, minimal design is punctuated by a school-bus yellow powder-coated steel outer shell. The shell features a formed handle and that, combined with a compact, concealed design and easy, assisted calibration through the BeeSoft slicer, makes this a portable plug-and-play machine.

The BeeInSchool is not yet available to ship in the U.S. although its creators tell us that an American release is in the works.

The Bee comes mostly assembled out of the box. You’ll be provided with a roll of blue painter’s tape to apply to the magnetic acrylic build platform. The foam packaging is cleverly designed to fit together for easy storage. You can simply take it apart and repack the printer for safe travel.

You won’t find any quick-start guide in the packaging. You can get started at beeverycreative.com. Under the Customer Service heading, you’ll find a link to the “Manuals and Tutorials” page. Once there, you can either download a PDF of the BeeTheFirst manual (same setup process) or follow the step-by-step videos. I was impressed with the instructional videos. They are well produced and informative.

One element that sets this printer apart from the BeeTheFirst is a new extruder, which has been designed to print a wider variety of PLAs, including composites such as woodfill. Only the Bee’s proprietary PLA was used during testing however, and this ran smoothly with no jams. Our biggest mechanical problems in general operations came every time we changed the filament.

The PLA runs from the spool to an inlet above, and then through a coiled PTFE (“Bowden”) tube to the extruder. A lot of pressure was required to get the filament to feed without buckling and breaking in your hand. We had the same trouble getting the filament to unload even with a hot extruder and the software maintenance assist for both operations. At one point we popped the

PTFE out of its coupler when trying to get filament out. It’s also important to note that on our test model some visible steel components appeared to be raw, unoiled and collecting some rust.

So far, BVC printers have been tethered during print set-up and execution but can be disconnected from the computer during the printing process. The Bees use an open-source software called BeeSoft (a ReplicatorG based adaptation). With this new line of printers, including the BeeInSchool, BVC has freed its users from computers with the BeeConnect device. This is an open-source, Wi-Fi ready monitor that runs off of a Raspberry Pi 2. It is customizable for advanced users and allows you to run G-code to the Bee from almost any slicer. If you purchase BeeInSchool retail, you will have to buy the BeeConnect separately but we’re told that the device is included in the price for students and teachers.

At this stage, it’s hard to see a clear distinction (such as enhanced safety features or easy maintenance), which makes this model more appropriate than its competitors for educational environments. Filament changing and general maintenance should be performed by someone who knows the machine. The printer seems sturdy and aside from troubles with loading and unloading filament, the prints scored high during testing, which means that the engineering and design team at BVC knows a thing or two. Considering the new line-up, which includes the company’s first DIY printer kit, we can’t wait to see where the Bees go from here.

The BeeInSchool produces high quality prints, consistently. Print slicing and assisted machine calibration through BeeSoft are simple, reliable, and very easy to use. 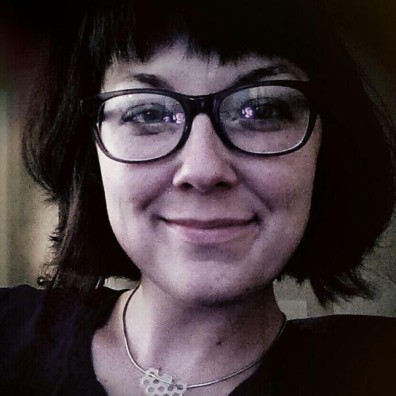 Download BeeSoft from beeverycreative.com right away and make sure Java is up to date. Even if you have a BeeConnect, the proprietary software can get you printing quickly with built-in tips and instructions specific to the Bee. Also, if the printer is not connecting to your computer, it can help to restart the software or failing that, uninstall and reinstall.