Sindoh has specialized in 2D printers and imaging technologies since 1960, but the DP200 3DWOX is the Korean company’s first stab at the 3D printer market, and it’s a good one. This sleek, feature-rich printer offers respectable prints, automatic filament loading, assisted bed leveling, web camera monitoring, a beautiful 5″ touch panel and network print queuing. The 3DWOX is available from Amazon and is currently capable of printing in both PLA and ABS.

PRINTING IS ALMOST TOO SIMPLE

The 3DWOX Desktop offered a very simple interface for generating g-code as well as exhibiting some advanced functionality like custom supports. When it was time to print, I was delighted to find so many ways to connect with the printer, from USB to Wi-Fi to USB flash drive. One of the coolest features is the print preview on the touch interface that shows an image of the file being printed as well as additional progress monitoring information.

The onboard webcam allows for convenient network monitoring from any web browser or smartphone via separate app. Once the print completes, the print bed is removable via two front clips which makes the print removal process dead easy. Reinstalling the print bed was also straightforward. Once the initial print was under our belts, we queued up the remainder of the test probes wirelessly into the print queue and knocked them out with ease.

ALL YOUR FILAMENT ARE BELONG TO US

The printer comes with an initial filament cartridge, and filament autoloading is a welcomed feature. I am no fan of closed-source, chipped filament, but the 3DWOD cartridge offers some reasonable benefits like usage monitoring and the ability to intervene if incompatible print profiles are executed (e.g. ABS profile when PLA is loaded). The assisted bed leveling process made me cheer out loud! After a series of automated, internal measurements, the touch interface prompts the user to turn the two bed leveling knobs in order to mechanically level the bed as opposed to relying on software or firmware compensation.

The unboxing experience is that of a high end piece of equipment: lots of custom padding, layers of protective film, and key components held in place to handle potential bumpy rides on a delivery truck. The printer interior looks more like a 2D laser printer than any other desktop printer that I’ve seen previously, which echoes Sindoh’s legacy in the 2D printer market.

A sexy exterior encloses all of the moving parts and reduces noise and keeps temperatures stable during printing. The meticulous internal layout of the printer is complemented by the illumination of the 5″ touchscreen upon power up. A thorough walkthrough via the touch interface configures the printer for prime time. The printer also comes with a lengthy user manual, plus a separate manual for the slicing software.

As a RepRap enthusiast, I was blown away by the convenience and performance of the 3DWOX. It simply just worked right out of the box. New users will love the touch interface and GUI along with the loads of added features (especially the built-in web monitoring).

I did not like the wasteful use of rafts in the default profile since the printer has a heated bed with textured surface for enhanced adhesion, especially when the extra filament usage is compounded by Sindoh’s closed filament business model. However, Sindoh is touting a refillable cartridge in the future to extend the filament options to their customers. The print performance was very respectable at a speed faster than average of the printers tested. The 3DWOX is aimed at the multi-user office environment, but it will also make for a great introduction into 3D printing for the new user. The endless features more than justify the purchase of this printer at the sub $1,500 price point.

A turnkey, feature-rich printer aimed at the prosumer that blends in well with the office decor. The assisted bed leveling combined with the removable bed ensures an easy printing experience. The touchscreen interface is second to none. 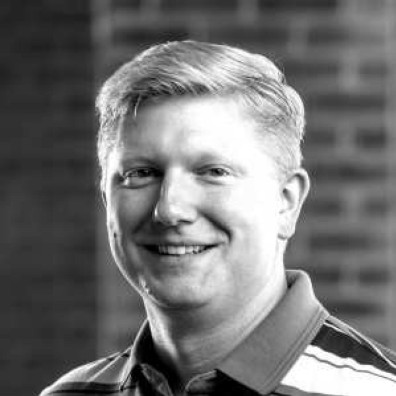 Ryan is a trained analytical chemist and entrepreneur in the photonics industry. He jokingly describes himself as a capitalist by day and an open source enthusiast by night. Ryan is an active member of HackPGH and is the cofounder of 3DPPGH.

Check on your prints from your mobile device or computer using the onboard camera, and take advantage of the print queuing feature to speed up multiple print jobs.