Polar 3D is a new player in the 3D printing industry. This Cincinnati-based company didn’t go unnoticed when they made the official launch of their product at CES 2015; Polar 3D’s first printer stands out thanks to its polar coordinate system, which uses only two motors. In contrast with the Cartesian axis systems we are used to seeing on most FDM/FFF 3D printers, the Polar 3D uses a rotating platform that moves back and forth and an extruder that moves exclusively on the Z-axis (up and down).

PRINTS LEAVE MUCH TO BE DESIRED

While I have a profound respect for the Polar 3D team because of their courage to think outside of the box and to innovate in a market where square-shaped FFF/FDM 3D printers are kings, the physical test was a disappointment.

Where we were expecting more speed and precision from the polar coordinate system, we got extremely slow and poor prints. We can only imagine the mathematical challenge of generating good paths for such complex movements, but to be viable, the result needs to generate an advantage over the existing solutions. We noticed that the quick rotations of the platform caused XY offsets in the longer prints, while the constant speed change from the pivot points also gravely affects the model’s surface.

Still, the Polar 3D gives impressive live 3D printing, with prints moving in all senses, like a figure skater performing a series of incredible spins. Sadly, despite the show and the machine’s impressive design, the Polar 3D is not giving what most Makers are asking for: good quality prints in a decent amount of time. Again, for these tests, we only used Polar 3D’s presets and didn’t try to achieve better results with custom settings, so there is hope for improvement.

Not only is the build volume circular, it is made of mirrored glass. While glass build plates are common on filament 3D printers, the choice of a mirrored one is surprising since they often get glued, taped, and scratched during use. The mirror has a large plastic gear fixed underneath, which sits on a bearing and is driven by a smaller gear, engaging the rotation.

The Polar 3D is compact and simple to carry with its incorporated handle and folding filament holder. Despite its small size, the printer manages to offer a surprisingly big build volume and has other hidden bonuses, such as maintenance tools stored under the frame and a logo that changes color depending on the network’s status.

Polar 3D is targeting the education market with the clever and easy to use Polar Cloud. More than just a cloud slicer, this website is intended to serve as a web community where technical support, design challenges, 3D model libraries, and group projects can be shared.

The company imagined a complete workflow to make students’ lives easier. At the moment, the website’s content is behind schedule but full of promises. While most of the Polar 3D experience happens on their website, there is a lack of documentation to help the user with common problems, such as those caused by a bad network connection. You will get most of Polar 3D’s help from its YouTube channel.

Otherwise, the workflow is rather smooth. To send a file to print, you upload the 3D model in your object collection and send it to the connected 3D printer. Once the file is ready, Polar Cloud opens to a beautiful live camera showing the mirror platform from the extruder point of view — the printer has a wide angle camera placed right behind the nozzle, which gives a great monitoring experience of the print at all times. Polar Cloud also enables the user to monitor several machines at the same time, perfect for a digital manufacturing lab.

Polar coordinate 3D printers are new and may yet have advantages over their Delta or Cartesian cousins. Polar 3D offers a $200 discount for students and their Polar Cloud can be a useful tool for group projects or for monitoring several machines at the same time. The Polar 3D seems to work better when printing in low resolutions (320microns), so try using it for early volume prototypes. It’s a portable solution that won’t be too heavy on the wallet while still looking great on your desk.

The Polar 3D has a lot of very cool features (polar coordinates, handle, camera, Wi-Fi) for a very low price. It is designed to work well in a “botfarm” (using several machines at the same time) and allows great monitoring when using the Polar Cloud. 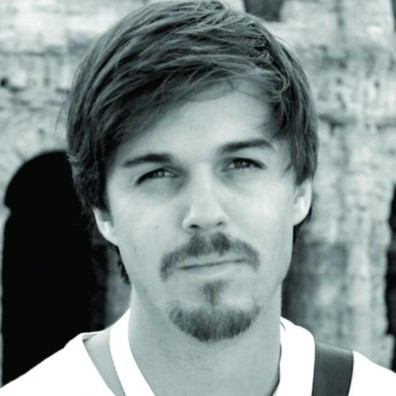 Don’t hesitate to play with the Cura settings in Polar 3D to get better results than the basic profiles offered. Glue sticks worked better on the glass surface than the hairspray provided with the machine.