An upgrade to the popular printer born of from the 3D printing crowdfunding frenzy, the Robo 3D R1 +Plus has a distinctive look. With its white injection molded plastic frame and bold black stripes, it looks a bit like a pet for a stormtrooper family. Sold fully-assembled, it requires some light prep before use, but even a beginner should be able to start printing fairly easily. The primary challenge is mustering the patience to get all the way through the very informative, if leisurely video included on the SD card before starting.

A slightly customized version of MatterControl is provided for Windows, Mac, and Linux, but per usual, it’s best to download the latest software directly from the manufacturer. The customization includes a profile for the printer with reasonable defaults. The instructions walk users through installation, connecting the printer, and a first print.

Despite being a plastic frame, the R1 +Plus feels quite sturdy. The frame can get in the way while trying to remove some prints, but the built-in LED lighting provides great visibility of the print and the print head. The entire build plate moves to provide Y-axis mobility, and that movement extends the platform well past the frame in front and back. So plan ahead when finding the perfect spot for this on your desk. And don’t put the printer up against a wall.

The R1 +Plus clearly shows open-source roots. It boasts Marlin firmware, an all-metal hot end, and a very Wade-looking extruder made of injection-molded parts. But it falls just short of providing users with everything they’d need to make their own.

The “+Plus” denotes a respectable number of upgrades not visible at a casual glance. This version now includes a Hexagon all-metal hot end, improved linear motion and lead screws (no longer threaded rods), and an assortment of smaller tweaks.

The tool head is easy to load and unload. The filament path is reasonably short and sane, including passing through hole in the top of the frame. The large bare glass bed boasts a leveling system that works well, although watching the nozzle repeatedly, if gently, detect the build platform each print did take a little getting used to.

The printer comes with a small, but well-chosen set of accessories, including a glue stick and silicone grease. It also included particularly helpful rubber feet and an injection molded spool holder, which mounts nicely on the frame. The paper manual covers much the same material as the video tutorials, for those of us who don’t enjoy the way video prevents skimming.

The software also seems to be a bit behind the curve; MatterControl feels clumsy and sluggish after you’ve gotten used to the de facto standard Cura. And despite downloading the latest version of MatterControl it still crashed trying to slice our overnight model. Trying to export a number of prints to the SD card for untethered printing was fairly tedious. And a time estimate was only visible if you tried to print a given model. The firmware is open source, so using Cura or any number of other applications should be straightforward.

The glass print surface is mounted by magnets, but the cable for the platform is too short to allow for easy removal, and lacks an accessible connector to allow it to be disconnected. The frame provides an open view of the printing process, but makes for accessing the extruder or removing prints more awkward than expected.

Oddly, the hot end did not include a shroud for the print cooling fan, and the results reflected as much. In fact, the print quality in general didn’t match up to the competition, not even for printers at a similar price point.

Our review model included an MKS TFT28 v1.2 add-on touch-screen, providing a feature-phone like GUI with a full range of controls including file navigation, making it capable of stand-alone operation, and adding both an SD card slot and a USB port.

The bed-leveling, upgrades from the original R1, bare glass print surface, clumsy software, lack of a cooling fan-shroud, and any sort of breakout capability keep the R1 from really competing with our top performers. Make no mistake: This is a capable printer with a respectable following, and without any lock-in closed-source nonsense. But overall, for this price R1 +Plus falls short.

The Robo 3D R1 +Plus is a capable open-source printer with a respectable following, and even a beginner should be able to start printing fairly easily. 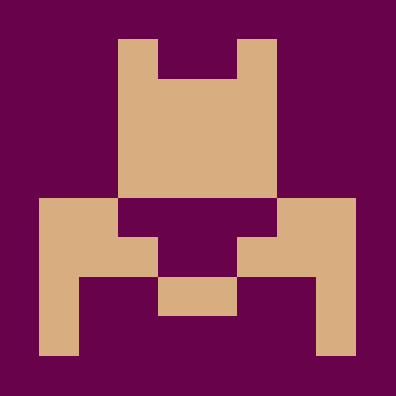