In the early 90s, visual artist and composer Christian Marclay took LP record covers and stitched them together to create hybrid images in an ingenious series called “Body Mix.” These visual compositions mirrored the process of mixing together the music on the records to create the kind of sound collages that Marclay is known for.

Despite the decline of LP record production, band T-shirts are as prevalent as ever, often featuring the same imagery as record covers, and considering Marclay’s decision to sew his original compositions together, it seemed appropriate to make a T-shirt mashup project based on his work.

This tutorial will show you how to make a “Body Mix” composition that you can wear on your own body. In the video below I’ve demonstrated an easy way to make a T-shirt mashup out of just two shirts (I found these Jonas Brothers tour shirts in a thrift shop, so apparently someone loved the Jonas Brothers so much that they went to see them and buy the shirt for two separate tours and then later decided to get rid of the shirts).

I tried to make mashups from shirts with images that would fit together in interesting and amusing ways, but practically any two or more shirts can work. This could be a great way to make something new and fun from something ordinary, or it could be a way to salvage an old shirt by removing the damaged parts and sewing on parts from a different shirt. Practically any two T-shirts will work. You can use as many shirts as you want, but it is easiest to use just two shirts that are the close to the same size. Plan your composition by folding the shirts in different ways and laying them on top of each other to see how the mashup will look once it’s sewn together. Mark where your shirts should be cut in order to make your mashup composition.

Allow about an extra inch for seam allowance and to give yourself a little wiggle room when your are pinning your seams. Go ahead and cut along the lines that you marked for your composition.

It may be easier to cut both sides of the shirt at once by laying it flat and cutting straight across the entire shirt. Turn your shirts inside out and pin the seams together.

Be sure to check and make sure that your images are lined up properly before you sew.

Note: I put the pins in the wrong way because it gave me a more precise guide to follow as I sewed them. Using a straight or stretch stitch, sew your seams along the where you placed your pins.

I used a stretch stitch, which is a combination of straight and zig-zag and it worked great. 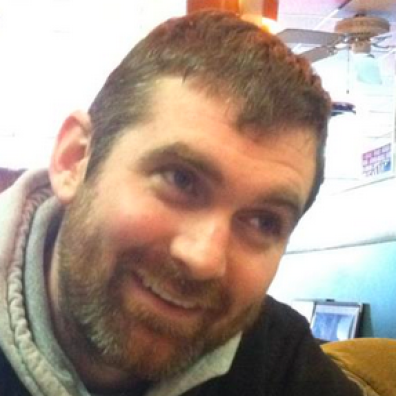