Note: This fun project is provided by Festo as part of their appearance for Maker Camp 2014. Watch a video of Festo’s Fin Gripper in action here.

Make yourself a gripper that is based on a fish’s tailfin!

There is a lot to be discovered in nature. We can learn quite a bit from plants and animals.

Left and right, up and down — Jasmina moves the joystick to control Robotino. She guides the device to a little bottle that she then tries to pick up using Robotino’s “claw”. On her first attempt the bottle slips out of Robotino’s grasp, but her second attempt is a success. “Well done,” says Johannes Stoll, who is explaining Robotino to the three junior reporters Jasmina, Sandro and Ellena.

Robotino is made up of a pneumatic drive and three gripping fingers. What is special about these gripping fingers is that they move in just the same way — left and right, up and down — as the tail of a bony fish. If a person pushes against a tail fin with his or her finger, it doesn’t bend away. On the contrary. It bends towards the finger. In other words the gripping fingers are very adaptable. “We call this the Fin Ray Effect,” explains Johannes Stoll. In this way, it is possible for the gripper to pick up objects that are very different in size.

The three junior reporters have come to Festo to learn something about bionics. Bionics is a made-up word. It is a combination of the words biology and robotics. Bionics studies ways to transfer natural phenomena to technology. After all, over the course of many millions of years nature has developed techniques that humans can learn from. Here it is important to carefully observe plants and animals. For example, swim flippers were modeled on a duck’s feet. Pliers, which can be found in every modern household, were inspired by stag beetles. And the model for Robotino’s gripper was the tail fin of a bony fish.

After the three junior reporters have all had a chance to operate Robotino and picked up a few objects, they build a gripper themselves out of paper. You can make one yourself using this template!

Optional extension: Maker Camp discovered a way to put two fin grippers together to make a claw. Check it out in action in this video.

Step #1: Print out the pattern Cut out the 4 individual pieces. Step #4: Put it together and squeeze! 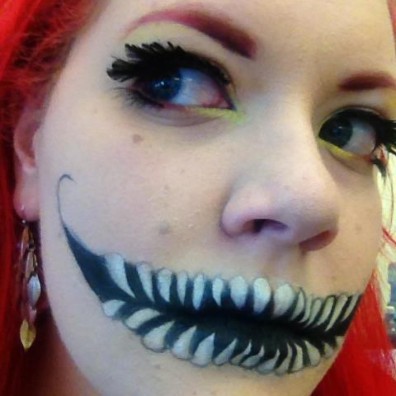