Glowing sign uses an LED and internal reflection for a fascinating visual effect.

Using this simple technique, you can etch a design into a thin pane of clear plastic sheeting, then enclose the edges of the plastic with reflective tape and embed a battery-powered LED. The resulting design appears backlit and hovering in mid-air, with a laser-like textured glow that photographs cannot do justice to.

Draw or print a design

This paper design template should be a mirror image of your completed sign’s design.

The design should be simple.

Fine detail and sharp, precise corners won’t work for this project method (routing by hand), although you could get them with CNC or a laser cutter.

Cut and carve the plastic

Mark and cut the plastic sheet that you will carve your design into. Leave some room around the outside for a frame, and add an extra 1/2″ or so along the bottom edge.

You can also cut the plastic after you carve the design.

Trace over the design with a rotary tool fitted with a small router bit, to carve the design into the plastic.

Work carefully and brush the plastic shavings away frequently. If you gouge an area you didn’t intend to, there’s no good way of erasing it.

Fit the rotary tool with a grinding wheel and grind its plastic away until it’s about as thin as your plastic sheet.

Also grind the plastic down at the top of the LED, to shorten it.

As you trim the LED down, repeatedly check it to make sure you’re only cutting away plastic, and not damaging any of the internal elements.

On the underside of the CR2032 battery holder, use a cutting wheel and a hobby knife to cut away some of the plastic that surrounds the two metal contact pins.

The idea is to cut away enough plastic and bend the metal legs aside, such that the battery holder will stand stable and flat on its three small plastic legs.

Carefully bend the metal legs away flat in opposite directions.

Connect the LED to the battery

Bend the longer (anode, +) leg of the LED to the side at a right angle, just under its plastic dome.

Bend the LED’s shorter (cathode, -) leg to the opposite side. Use pliers to put two more sharp right-angle bends in the leg: at 3/8″ bend it back down, and at 3/4″ bend the leg in underneath the LED.

Cut a hole for the LED

Cut a hole just big enough for the LED in the middle of the plastic sheet’s bottom edge.

Make some first cuts with a cutting wheel, then clean it up and widen it if necessary with a flat metal file.

Test-fit the LED into the hole. The head of the LED should slide in fully and sit relatively flush with the plastic panel on both sides.

Frame the plastic with aluminum tape

Measure and cut a strip of aluminum tape to run along the bottom of the sheet. It should stick flat against the bottom edge, then wrap up around the front and back to conceal the LED.

Cut more aluminum tape and apply it smooth against and around the top and side edges of the plastic. Smooth the tape down with the back of your fingernail.

The important part is that reflective tape should cover all edges of the plastic. This is what keeps the light bouncing around internally until it hits the design.

Cut out a small hole in the tape to let the LED fit into its slot.

Fit the LED into its slot in the sign. Bend and adjust the leads if needed so that the sign balances upright.

The sign should be able to balance on its own, but if needed, you can hot glue the LED in place and reinforce with more hot glue between the sign and the battery holder.

Hobby knife – such as X-Acto 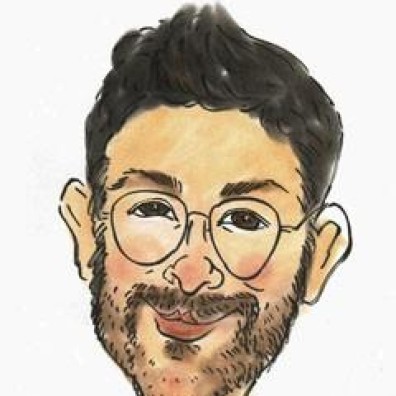