Make the Most Adorable Praying Mantis Costume Ever

Earlier this summer, Emily and her daughter, Zoe, were at a local garden at the Colorado State University campus when Zoe found a baby praying mantis crawling up her shirt and down her arm… Zoe was delighted! As the baby mantis crawled over Zoe’s arm hairs, she decided to name him “Hairy”. She was so enamored that she decided on the walk home that she wanted to be a praying mantis for Halloween.

Always the avid costumer, Zoe was making mock ups for her Monster High dolls through the end of summer and up until the start of October. Using felt, cardboard, and hot glue, she had made a scaled down version of the costume she wanted to make for herself. Emily and Zoe built off of that model and got the project moving at the start of October. It amazed us all at the end, but prototyping and some unexpected inspiration got Zoe from inspiration to finished product.

The top of the headpiece was made from cardboard and papier-mâché, with halved styrofoam balls for the eyes. The mantis face and eyes were painted with acrylic paints, with a bit of clear coat on top for added water-resistance in case the weather on Halloween turns a bit wet. Pipe cleaner antennae finish the look.

Here is the underside of headpiece. The cardboard here is lined with green duct tape and attached to a green beanie with chin ties. Under the duct tape on either side, Zoe inserted puffy craft store pom-poms into “pockets” to help stabilize headgear and cushion her head.

In the hat-down configuration, the mantis mask completely covers Zoe’s face. Emily and Zoe had talked about using mesh on the front in the same color, but Zoe didn’t think that would look good. So this is the “at-the-door” configuration for Halloween night.

The door-to-door traveling mode for Halloween has the hat up, showing Zoe’s face. Zoe’s school is letting students wear their costumes today, but wouldn’t allow masks — what’s this world coming to? — but because the headpiece can be worn up, this will work just fine. “The whole costume is comfy,” says Zoe. Great!

The supernumerary legs — beyond the two that Zoe came with — were made with the cardboard tubing from rolls of gift wrap. A section of the tube was slit down the side and tapered, so that the leg segments would nest at the joint. Once the felt was hot-glued on and tucked up into the joints, they really looked like actual segmented insect legs.

The arm structure consists of two parts: forearm and claw. The forearm is a piece of tri-folded cardboard and the claw is a cardboard tube cut and taped into a pointier, more insect-like shape. The outside of the forearm was painted with green acrylic and topped with a polymer clear coat, but the rest they covered with green felt. Jagged edges in the felt were added to the edges to give a more accurate look.

When Zoe wheres her mantis arms, her hands are still functional. The elastic is tight, but not too tight, which is good because Zoe will be bundled up for some chilly trick-or-treating.

For the mantis abdomen, the top was made of cardboard for rigidity, and a fiberfill stuffed pillow made of felt was attached to the under side. Emily and Zoe first cut out the shape of the abdomen from cardboard, then used the negative space in the cardboard as a template for the pillow.

The cardboard abdomen piece was creased down the center and covered with green felt with the help of hot glue. The leaf-like pattern was laid with a thin continuous bead of hot glue. The pillow they made was then glued to the bottom of the cardboard abdomen piece and the legs were attached. At this point it’s already looking really good, but Emily and Zoe continued, adding more details to the costume.

They hot glued green twine to the pillow side of the abdomen to give appearance of segmentation. Then they added a duct tape to the tip of abdomen’s underside, in a darker green.

And while the top of the abdomen assembly is left open, this part of the costume remains unseen when Zoe wears it. You can get a good idea of how the legs were attached from the photo.

The whole abdomen assembly gets clipped onto the back of Zoe’s trousers, with extra support from a pair of suspenders. The suspenders are hidden by a warm sweater. The segments on the legs look good hanging to either side of the abdomen, and the leaf-like pattern on rigid upper surface of abdomen shows up nicely. 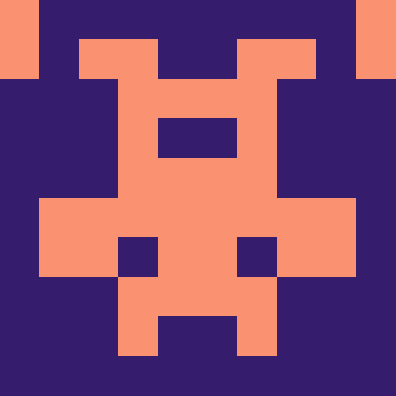 Zoe Rose is a 4th-grader and enjoys drawing, crafting, and reading Terry Pratchett. She's also just made the FoCo Girls Gone Derby "juniors" team - The Spartans. Zoe's chosen nom-de-guerre is "Gonzo", #29, and her first bout against the Denver Roller Dolls Juniors team is on November 8th at the Denver Glitterdome. Emily Rose is a research molecular biologist and enjoys making costumes, crocheting, and reading Terry Pratchett, Neil Gaiman, and US presidential biographies. She gets teary-eyed talking about Lincoln and has her misgivings about Jackson.

Jason has spent the last 15 years in fine dining, and has returned to school to finish out his senior year towards a B. Sc. in Information Technology. He enjoys cooking, learning new languages (coding and human) and domestic woodworking projects. He also likes homebrewing and will be putting a spruce ale in the fermenter over the weekend.