This project is an Arduino variant of the Pimoroni firefly light project, made patriotic for the Fourth of July. Basically you place three strings of battery-powered LEDs into a glass jar and use a microcontroller to sequentially fade the light strands — first red, then white, and finally blue, before repeating the series. The fade process repeats for as long as the microcontroller has power.

When I discovered the project, I thought it was really cool, but they threw a lot of hardware (a Raspberry Pi, two HATS, and a battery) into the solution, so I wanted to see if I could build something with fewer parts and for less money. This version of the project uses an Arduino-compatible board (you could use most any Arduino for this project), a battery module, and a battery.

To enable the use of a SPST toggle switch to power the board on and off, use the utility knife to cut the trace connecting the two holes with the white box around them on the top right side of the Adafruit Pro Trinket LiIon/LiPoly Backpack Add-On (Figure A). Severing this trace disconnects the board’s power output, but once you connect a switch between those two holes, you’ll be able to control power to the Trinket board.

Wire and Solder the Toggle Switch

Cut two short lengths of wire, then strip the ends and solder one end of each wire to the switch (Figure C).

Finally, solder the open wire ends to the two switch holes where you cut the connecting trace (Figure D). Since the hardware will be bumped around in the glass jar, I placed heat-shrink tubing around the solder connections to protect them from being shorted out.

Solder the Backpack Add-On onto the Pro Trinket

The battery board mounts to the Battery, Ground, and USB 5V pins in the upper-right corner of the Trinket, as shown in Figure E.

Figure F shows the completed board assembly. To protect the USB connector on the Trinket board, I also placed a small piece of electrical tape on top of the board’s USB connector. It’s visible in Figure H.

Each strand comes with a battery pack and switch, but since we’re driving them all from the Trinket, you won’t need those parts.

Next, cut the wires. If they aren’t coated in a way to make it easy to tell the difference between the two, quickly tie a knot in the negative wire. (“Knot” = negative. Get it?) That way you’ll know which is which.

Solder the LED Strands to the Trinket Board

Solder the wires to the appropriate pins on the Arduino Pro Trinket board. For each of the three strands, solder the negative (–) wire to one of the two GROUND pins (two to one pin and one to the other) in the lower-left corner of the board (see Figure E). Solder each strand’s positive (+) wire to pins 9, 10, and 11, one strand to each pin.

Plug the lithium polymer battery into the LiIon/LiPoly Backpack Add-On.

Mount it All in a Jar

You could just stuff the whole contraption into the jar — letting the hardware sit at the bottom. To charge the battery, or flip the switch, you’d have to pull the whole assembly out of the jar and put it back when you’re done.

However, the Adafruit lights are rather small and the strand is short, so the hardware stands out more prominently. The Mason jar implementation provides an interesting option for mounting the hardware. I drilled some holes in the lid, and, using two standoffs and screws, mounted the hardware to the underside of the lid. I then used two-sided tape to adhere the battery to the lid underneath the microcontroller (see Figure H). With this approach, you simply remove the lid to charge the battery or flip the switch, reducing stress on the assembly.

To operate, just turn it on and close the lid. You’re done!

Adafruit Pro Trinket – 3V 12MHz – Adafruit #2010. Shown in this project is the 5V trinket pinouts because Adafruit doesn’t publish one for the 3V version (they’re mostly the same). The parts list here is correct — use the 3V Trinket.

Standoffs and screws – two standoffs, the screws are optional 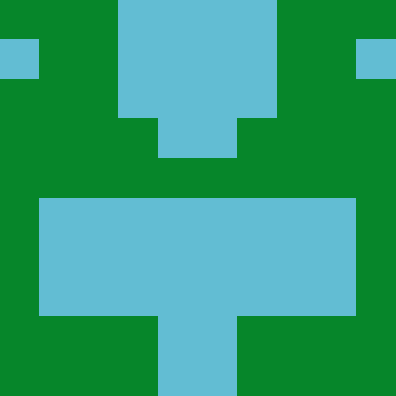 John M. Wargo is a professional software developer and author. For his day job, he’s a Principal Analyst for Forrester Research. He’s a software guy more than a hardware guy, but he loves working with both. He wrote the first book on BlackBerry development and has published 4 books on Apache Cordova (also known as Adobe PhoneGap). You can find him online at www.johnwargo.com and on Twitter at @johnwargo.