Pixilation is one of my favorite kinds of animation both to make and to watch. You can think of it as full-body stop-motion animation. It’ll get you up out of your comfy seats and active!  Even better: you can go outside to shoot.

In stop-motion animation, like that of Ray Harryhausen, Wallace & Gromit or Gumby  you animate an inanimate object by taking a picture,  and then moving it or parts of it a little bit,  and taking another picture. You string these pictures or “frames” together  in video-editing software to create the illusion of motion. People in pixilations appear to slide around without moving their legs, move between two different points in the blink of an eye, or even fly (!)  because they run from one place to another between each frame. That’s why we spell “pixilation” with an “I”  not an “E”: it’s about  turning the subjects of the short films into magical pixies of a sort.

I got a lot of tips for this project from my friend and colleague Matthew Searle, who put it best: “The best thing about pixilation is that you have the most articulated puppet one could ask for – the human body! Just be sure your “puppets” are patient and excited about the project.”

You can see how it works in these classic examples:

Matthew and I describe below how to do this with still pictures. There’s another pretty easy way to get similar results, developed by another friend, David Yoon. Check out his tutorial: http://vimeo.com/71447335

Step #1: Get your software

Step #2: Get ideas and plan it out

Step #3: Decide on your frame rate

Set up your camera and your stage or staging area.

Put everyone in the scene who needs to be there. (This placement of actors on a stage is called “blocking.”) Take your first picture.

Move everyone in the scene incrementally--a little bit or a lot, either changing their locations, moving a limb, etc. Take your second picture. Move again, take a third picture. Move again, take your fourth, fifth, sixth, and so on. Keep on shooting until you capture all of the pictures you planned for your short. Hint: if you want to “fly”, jump up into the air when you take the picture. for a long flight, it may be easiest to jump over and over again, moving forward, using video rather than still frames, and then delete the frames where you are on your way up and back down again, so that your flight follows a straight path.

Step #7: Integrate objects that are equivalents or replacements

When you have dozens to hundreds of pictures, it’s time to see what you have made! You don’t have to wait until the very end to take a peek--it’s fun to see the motion along the way! Simply hit the “Play” button in iStopMotion, or import your pictures into your video editing software and lay them out on your timeline specifying the duration of each still based on your frame rate.

Keep going, and when you are all done with your pixilation, upload it to YouTube and share the link on Google+.

Yes, you can leave your camera in one spot on a tripod and it will even provide great consistency in your animation, but animating your camera can create a whole new set of parameters for your film. Move your camera – slowly around your actor, up above your actor and then back down to reveal a change. Zoom – zoom in and out, reveal something as you zoom out, make something appear as you zoom in, zoom in on an area of color and then replace the object with something that is the same color before you zoom out.

This is something borrowed from clay animation to make an actor look like they are leaping or doing back flips. Start your actor in their most recessed position (i.e. lowest to the ground while on their feet), animate them moving up, and up, and up, until they are on one foot, arm outstretched in the direction they are going, fully expressed. Then put them into the position they are going in to (now standing on a chair, clinging to a wall, landing on their hands) and have their body fully expressed to overlap as much as possible with their previous position. Then animate your actor into their next most recessed position. This is kind of like animating a ball bouncing and having the ball compress when it is landing and then move upward into the height of an arc and then start to decline until it is compressed again. 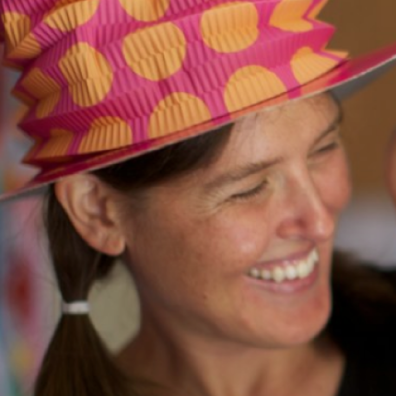