Translate between thousands of language pairs using the Raspberry Pi.

If you’ve ever tried to communicate with someone who only spoke a foreign language, you know that it can be extremely difficult — even with the help of modern translation websites. This project will show you how to turn a $35 mini-computer into a feature-rich language translator that not only supports voice recognition and native speaker playback, but is also capable of translating between thousands of language pairs. The unbelievable part is that it can all be done on the cheap by leveraging inexpensive hardware, free translation APIs, and some open source software.

Even if you’re not interested in building this exact translation tool, there are still many parts of this project that might be interesting to you such as Google’s speech recognition API, Microsoft’s translation API, and text to speech. All of the source code for this project is publicly available on Github, and you’re welcome to use and modify it as you wish. The Universal Translator makes a perfect weekend project because it incorporates a wide range of technology and tools to create something immediately useful. Oh, and it’s a blast to play with.

Pick up all the parts at your local RadioShack, follow the instructions below, and you’ll have your own babel fish in no time. If you don’t already have your Raspberry Pi up and running, follow the instructions provided by the Raspberry Pi Foundation: http://www.raspberrypi.org/help/noobs-setup/

Make sure your Raspberry Pi is connected to the internet. If you don’t have an Ethernet connection handy, you can use a USB wi-fi dongle to connect to your network.

From the command line, run the following two commands to update the software on your Raspberry Pi:

This process may take a while.

Install the software required for this project with these commands:

Note: This project was tested with the latest version of Raspbian at the time of publishing. Be aware that some details may change as updated software is released. To check your version against the version in our test build, execute uname -a from the command line: Plug in the USB headset (use a powered USB hub, if necessary).

Run the following commands, which will list your sound devices:

In order to set the USB headset as the default for both audio input and output, you’ll need to update the ALSA configuration file. Open it in the text editor nano:

Change the line that says:

Save and close the file with Ctrl-X and typing y. Reboot the Raspberry Pi using the following command:

After the reboot, the sound system should be reloaded so that when you run the above commands

again, you should see the USB Headset is now the default input/output device (card 0) as shown above.

Test it out by recording a 5 second clip from the microphone:

Note: If you see an error that says “overrun!!!”, you can safely ignore it.

Play it back through the headphone speakers:

Don’t worry if the audio is a bit scratchy, you will be recording at a higher quality in the next step.

To adjust the levels you can use the built-in utility alsamixer. This tool handles both audio input and output levels. There are a few options for speech recognition with Raspberry Pi, but I thought the best solution for this tutorial was to use Google’s Speech to Text service. This service allows you to upload the audio file that was recorded and convert it to text (which you will later use to translate).

The project source code will handle this process for you. To download and extract the files, run the following commands:

Note: There is a combination of shell and Python scripts in the bundle. Go to https://cloud.google.com/console and click “Create Project.” Give it a name like “My Universal Translator” and click “Create.” (Google will generate a random Project ID. You can leave this field alone.)

While Google’s cloud servers create your new project, open a new browser tab to join the Chromium-dev Google Group, which will give you access to the Speech API: https://groups.google.com/a/chromium.org/forum/?fromgroups#!forum/chromium-dev

Return to your Google Project tab. If the process of creating your project is complete, you’ll see the Project Dashboard. Click “APIS & AUTH” on the left side and then click “APIs.” Scroll down and turn on the Speech API.

Still in the Project Dashboard, click “Credentials” on the left side, under the “APIS & AUTH” header. Click the button “Create new Key” and select “Browser Key.” Leave the allowed referrers text field blank and click “Create.”

The newly generated API key is now displayed in the dashboard.

On your Raspberry Pi, open the file text-to-translate.py and find the line that says: Google has a translation API as well, but for this project, you’ll use Microsoft’s service because it’s free. Log into Microsoft’s Azure Marketplace with your Microsoft account at: https://datamarket.azure.com/developer/applications/

Click the button that says “REGISTER” to create a new application.

Fill in a Client ID, Application Name, and Redirect URI (any URL will do).

Much like you did with the Google Key in the previous step, save the Client ID and Client Secret between the single quotes on the appropriate lines in PiTranslate.py:

Use the Universal Translator Now that the API keys have been created and entered into the provided code, you can try out the Universal Translator. With the headset on, execute:

Speak into the headset and press Ctrl-C when done.

You’ll hear the translation in the headset and you’ll also see feedback on the command line.

By default, it translates from English to Spanish. You can easily change your origin and destination languages in the last line of text-to-translate.py and the script will do the rest! There are literally thousands of language pairs supported. Enjoy!

USB Headset – to record your voice and playback the translation, RadioShack #43-256

HDMI monitor – for interfacing with the Raspberry Pi 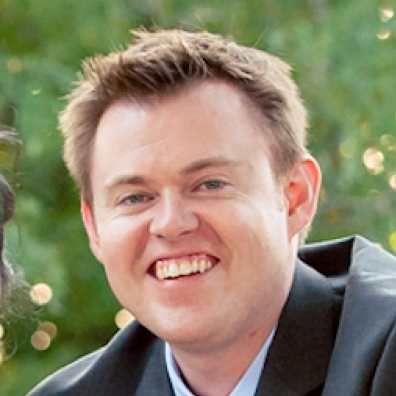