The National Science Foundation estimates that a mere 14.8% of the engineering workforce in the U.S. is female. That’s incredibly slim for a country in which women earn slightly more than 57% of all Bachelor’s degrees. And yet just 19% of undergraduate engineering degrees are conferred to female students. “This is a national challenge,” says Joseph Helble, dean of the Thayer School of Engineering at Dartmouth College. “I think you’d be hard-pressed to find an engineering dean in this country who did not speak about a lack of gender diversity.”

At Thayer, however, the tide is turning: Women make up nearly half of the junior and senior undergraduate classes. The key to this change, Helble explains, was not to focus on women or men, but engineering in general — introducing an intimidating and cloistered field of study to students who might never have considered themselves engineering material. We asked Dean Helble to tell us what they’ve learned, and his answers reflect a new vision of engineering that crosses disciplines and embraces creativity.

Why is it important to work toward gender parity in engineering?
There is a tremendous amount of talent that is not being tapped to solve the science and technology problems that the world faces. There are big problems out there in energy, the environment, in health care… and we need to put as many talented minds toward solving them as we can.

How has Thayer been successful in encouraging female students?
It’s not as though we implemented a series of changes four years ago and suddenly we saw this vast change. It’s something that the school has been attentive to for a long time. By that I mean that we have been working hard to think about the barriers, for all students, to pursuing an engineering degree, and then doing everything we can to give students a clear path to overcoming those barriers.

The things that work are things that many people talk about: group work, project work, creative work, and giving students many different ways to contribute. There are many, many studies that show that hands-on, project-based learning is more appealing, particularly to women, but also to a greater number of students, than being given a textbook, sitting in a lecture hall, and then being asked to solve 11 problems at the back of Chapter Three.

How did you address the lack of role models and community for female engineering students?
Every engineering dean at every university in this country would like to build a more diverse engineering faculty, and it remains a challenge for all of us. In part, it’s a pipeline issue. You don’t have gender parity in PhD programs. There aren’t as many women — it’s in the low 20s, percentage-wise. And you also have a faculty that has been built over decades from a population that was largely male. The national average for tenure-track faculty is 15% female. So none of us can, tomorrow, create a faculty that’s 30% or 40% female.

But there are many different kinds of mentorship. In our early classes, such as our project-based introduction to engineering or our introductory computer coding class (which all engineering students take) half of the sections are taught by women. And now, because we’ve got large numbers of talented women in our student population, we draw the teaching assistants for these classes from our senior undergraduate population rather than our graduate student population. The first point of contact, if a student has a question in our project lab, is the teaching assistant. A decade ago, 20% of the TAs in these entry-level classes were female. Now it’s approaching 50%.

How do you make engineering more welcoming?
We want our students to see the design elements, the creative elements, of engineering: coming up with ideas, building something, and testing those ideas, with all of it focused on benefitting the world in a positive way, and solving real, tangible problems. We’re showing everybody that engineers create.

We put in place a series of skills sessions where we introduce the students to the machine shop, the fluids lab, the electronics lab, the project lab. And we have them do very basic SolidWorks projects, meaning mechanical design, basic programming, and Arduino. All along we’re saying to them, it doesn’t matter if you have zero experience. We’re leveling the playing field. It helps wipe away apprehensions that a lot of students have.

Why does this approach attract students who might not consider themselves engineers?
It shows students that there are many different ways to enter an engineering education. It should be your passion to solve problems that drives your interest in, motivation for, and path through an engineering education, rather than being wedded to the traditional canon of electrical engineering, for example.

The intersection between liberal arts and engineering is hugely important. My undergraduate degree is in chemical engineering from Lehigh. I had a wonderful education there, but in four years, I was able to take one free elective. One. At that time, I didn’t know that there was such a thing as a liberal arts approach to engineering. If I did, it would have been the right pathway for me, because I was interested in understanding the context of the problems I was trying to solve. I was interested in energy, not just the technology of energy, but also history, geopolitics, international relations, and geology.

A true liberal arts education — not just taking a few distributive requirements to check boxes on a plan of study, but a true immersion in the liberal arts — helps you understand the world, and it provides context that’s the foundation for applying your engineering skills to solve the big problems in the world. It gives students the opportunity to combine their technical passions, skills, and interests with other things.

Has it resulted in more diversity in the engineering student body in general, not just in terms of gender?
Yes, it has. Ten years ago, if you looked at the ethnic and racial diversity of the engineering population, it was not the same as the Dartmouth student body as a whole. Now, if I look at our junior and senior classes, the two most recent years, it is. 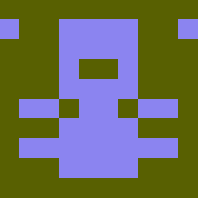 Sara Breselor is a journalist and editor based in San Francisco. She writes about technology, art, culture, and weird news for the Harper's Weekly Review, Wired, and Communication Arts.