Who hasn’t seen Mythbusters and wanted to watch something blow up in slow motion? That was basically all the motivation we needed to make a see through cannon powered by propane, and film it destroying stuff in slow motion. To see childhood dreams fulfilled, check out 1:08 in the video below:

So after this weeks-long project, what have we learned?

Firing our cannon was a JOY!…When it worked. Which was about one-tenth of the time we pulled the trigger.

When making a traditional potato or spud gun, the propellant used, some sort of aerosol spray, is pretty forgiving when it comes to consistent ignition.

While we didn’t do any experiments ourselves, generally 5% propane to 95% air is the best ratio for generating a bang. While designing our propane cannon, we were relying on the fuel air mixer and ignition from our a trigger start torch. When the trigger is half depressed, fuel starts to flow from the tank and out the tip, drawing in the right ratio of air behind it.

Normally the flame is right at the tip. However, when we used this mechanism in our cannon there were a few complications. 1) we were pumping this fuel and air mixture into a chamber that was somewhat closed, so air was not pulled in like usual (meaning our fuel to air mixture was hard to control), and 2) the flame didn’t need to just travel the few inches it was designed for, but all the way into our main combustion chamber.

So, when it comes time for version 2 of this cannon, we’re going to move the ignition into the main combustion chamber (most likely a BBQ lighter or taser) and have it fire more frequently, so that when the right ratio is reached, the cannon will fire.

I mean, we should have seen this coming, but we were somewhat BLOWN away. Eh, eh? Definitely lower decibels than a traditional firearm, but the large volume of air being expelled makes an impressive sound.

We thought that we would be able to put safety precautions in place and then fire this in our backyard, but after a few tests we decided to spare our neighbors and set out to find a more suitable location. We made sure that cannons like this were legal and went to a closed park that still had a parking lot available to the public. Kinda the perfect spot, but even in this location we worried about the noise carrying.

One of our viewers who used to work at a company that made silencers was awesome enough to sketch up a great design for us! The design consists of a larger chamber that would slide over our current barrel. It would be filled with sound absorbing materials and there would be holes drilled into the barrel to allow gas to escape.

NOTE: To make sure that this is classified as a non-firearm silencer (similar to how airguns don’t cause trouble with the ATF), the sound reducing assembly is permanently attached to the barrel.

Also, cops in TX are COOL! I’m not sure if it was the noise, lights, or that we were hanging out in an abandoned park, but something must have caught the attention of a passing cop. She checked in with us to make sure we were being safe and wished us luck on the video! Our research into finding a suitable location to test our cannon certainly paid off, phew!

In general, a longer barrel is more powerful because it has a longer time period to impart energy into the projectile. There is also a bigger time interval between when the trigger is pulled and when the projectile leaves the barrel. This might reduce accuracy, but we weren’t going to aim for anything too small or far away, so we went with a 4 foot barrel, bringing the cannon to about 6.5 feet length in total.

Since this was an muzzle-loaded design (the projectile is loaded from the open end of barrel), loading was either a two person operation, or a big pain in the butt.

Cannon version 2 will get an upgrade to either breech loading, bolt action, revolver style, or just a simple sleeve, so we can fire faster (which is the best part).

Lesson 4 – Propane is Heavier than Air

Towards the end of filming we found out why the gun fired more consistently when I held it compared to when Katelyn held it. At 6’5″ everything we were aiming for was below the gun’s barrel when I held it, prompting me to tilt the cannon down. Katelyn was usually firing at an upward angle.

Since propane is heavier than air, tilting it back would make the propane settle toward the ignition source, making the fuel/air ratio too rich. With the cannon tilting down, the propane and air mixture coming from the torch would keep the right ratio and carry the flame to the main combustion chamber.

The best thing we learned is that making a propane cannon and testing it together was FUN! Not something we could really recommend (see safety section below), but we definitely want to keep working on our design, blow more things up, and maybe make a pneumatic cannon too. Hope you guys learned something along the way and look forward to chatting with you in the comments section of our next video!

If you ever decide to build a cannon similar to this, don’t take shortcuts or substitute inferior materials (for example, don’t use less than schedule 80). Also the vapors from PVC cement are flammable. Allow all joints to dry fully before exposing the gun to ignition sources.

When using a cannon, exercise extreme caution. Wear eye protection, and check the area in front of you before firing. Never look down the gun’s barrel, or point it at anything you don’t want to hit. Excess fuel stays in the chamber and evaporates slowly, so you should always treat the gun as if it can fire. Check frequently for signs of wear, and never operate a damaged gun.

PVC is more brittle in cold weather, so don’t use the cannon in temperatures below 60ºF.

Neither the author nor Make: assumes liability for your cannon or your actions.

Propane cannons (most commonly known as potato cannons) may not be legal in your area (even if it is legal to tote a 12-gauge down Main Street). Check with local law enforcement regarding the rules in your area, and obey them. 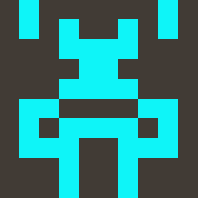 By Evan and Katelyn

Evan & Katelyn are husband & wife makers/expert high fivers who want to make ALL THE THINGS! Their YouTube channel covers a range of projects: woodworking, digital fabrication, home improvement, & more. Their goal is to get more people excited about making & show what’s possible when you try new things.