My thesis project, The Museum of Funny Ladies began with the story and wanting to create an immersive and interactive way for people to experience the story of Sybil Adelman, a pioneer comedy writer from the 1970s. I wanted to create an immersive exhibit that transports visitors into the writers room of Sybil Adelman where they could then interact with the objects in the space to experience her story as a female writer breaking ground in the male-dominated world of comedy.

I came up with a set design based on her various early writing rooms. From the research and transcripts of interviews of her, I created a story arc for the experience that follows the basic story arc of a writer: write a script, deal with the people that finish the script, and see your script on the big screen.

In my exhibit, this experience translated to typewriter, phone, and TV.

I began with the phone. I found an original 1970s era (on the older end) Princess Phone.

I wanted to use as much of the original architecture as possible, so I began by exploring the guts of the phone. I broke it apart and used a multimeter to test the connections. I was able to use the original speaker in the headset. I found the wires that traced back to that and added my own audio jack end.

The next step was very challenging. I wanted to use the original key pad. It turns out these Princess phones utilize DTMF technology. It took almost a week to really get to know the phone and figure out what I needed to do to extract the proper data. I needed to get a DTMF encoder shield.

I consulted with an engineer professor (Eric Rosenthal) before moving to that next step, and he tested the connections only to find that the DTMF situation on the phone was dead. Plan scratched, back to zero. New challenge: How can I still use the infrastructure and original key pad of the phone while also getting keypad values to an Arduino? This is where the “hacking” ingenuity kicked in.

Instead of making each one its own HIGH/LOW button, I tested out different types of keypads (from Sparkfun and Adafruit) underneath the original keypad. None of them fit exactly but I ended up using a slightly smaller keypad. I lined up at least one corner of the original keypad so that when I pressed on the top (the original keypad), the corresponding buttons on the hidden, Arduino keypad were also pressed. As much as I wanted to keep the interior of the original phone, I was encouraged to gut all of the unnecessary parts and only keep what I needed – the wires and shell.

One final challenge for the phone was finding and using the original wires connected to the receiver to program the Arduino code into the circuit to make sure that the phone behaved just like it original did – an open receiver closes the circuit and a closed receiver opens it. The programming logic of it took a a few beats, but I made it work.

Check out my blog for a more in-depth breakdown of hacking and programming the phone. There are also a lot of photos that illustrate the above commentary.

The TV was fun to play with. Using just a coaxial RF cable, RF modulator and PC to TV convertor, the vintage 1970s RCA TV acted as a perfect second monitor for my laptop. I just needed it to do more. I needed one of the knobs to actually be able to change the channels.

So into the television I went, making sure to be careful of the television’s dangerous large capacitors (they are known to shock people). Once again, I consulted Professor Rosenthal who advised me where to avoid touching. He also told me that the bottom knob was useless and that I could pop that out and add in my own.

So that is what I did! I used a rotary switch. To use the space on an Adafruit Feather M0 more efficiently, I created a resistor ladder on the rotary switch in order to only use one analog read wire. It was pretty easy to do as I had done something similar on a different project.

Trouble with the Switch

The challenge in this set up was getting my rotary switch to fit into the original housing and while enclosing the original switch. This took some time and crafty fabrication, as they were different sizes. Attempt number one involved hot glue and hope. Neither lasted long. I needed something more sturdy. I noticed that in many of the knob caps that I had purchased, there were little tiny screws that were used to secure the cap onto the knob. So I collected the parts that I had and created my own system of screwing the original knob cap onto my new knob. This did the trick!

I wanted the Feather M0 to be housed inside of the TV, so I drilled a hole into the back casing of the box (you haven’t lived until you’ve smelled vintage plastic burn), and attached it to the inner shell of the television so that it was still possible for me to plug or unplug the cable from outside of the TV.

This TV experience took two weeks. The first was spent gutting the machine while I learned the importance of not being afraid to break things in the second week.

The typewriter was the last step and only required a simple button attached to the Arduino. The challenge was finding the best UI for the interaction and the best place within the typewriter to place the button.

The difficult part about this interaction was programming the Max MSP patch and projection mapping the objects in the space. The projection needed to be accurately timed with the audio, while they both stemmed from the patch. This took lots of time, but with troubleshooting, and some help, I was able to get it working.

After running the exhibit for 8 hours, the Max Patch crashed whenever the TV knob was turned too quickly. I believe this is rooted in the actual rotary switch itself. I can continue to update the Arduino code to get specific values, but I believe the issues I am having are a combination of the following:

1) The heat inside of the TV is causing issues with the resistance on the resistor ladder. I can install fans inside to help with this.
2) The Arduino code is not efficient and I can continue to work on a better code
3) The video files in the Max Patch need to all be set to .wav
4) The resistor ladder needs to be removed and each notch on the rotary should provide a HIGH/LOW digital read value

Another big challenge was getting the audio device to split the sound of the three different interactions. After testing out different devices, I stuck with the Focusrite Scarlett 18i8.

I did not think the TV would come together that quickly and that all I would need to do was put in my own rotary switch. The screen clarity when it was acting as a monitor for my computer was also much clearer than TV shows from the 1970s. I wonder if the output capabilities of the TV far surpassed the actual content that it needed to output back in the day.

It was interesting to learn that 1970s Princess phones had different generations. I ended up with a super old one, whereas a colleague who had used a later 70s model was able to tap right into the DTMF tones. Their hardware was even updated.

This project has inspired me to tell more stories through tangible experiences and spaces. 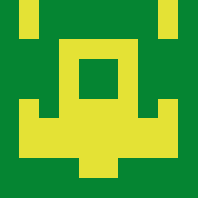 Angela Perrone is an experience designer and creative technologist combing art and technology to create immersive and interactive experiences that bridge the physical and digital worlds to tell stories. She specializes in bringing these environments and objects to life through design, physical computing, projection mapping, fabrication and rapid prototyping.