Cincinnati Mini Maker Faire is starting off its first year with a bang. Situated in Cincinnati’s beautifully renovated Washington Park in the historic Over The Rhine district of downtown, visitors will find excitement and wonder at every corner.

Repurposed power tools will race in the third leg of the Triple Crown of Power Tool Racing after successful races at both the recent Louisville and Columbus Mini Maker Faires. Meanwhile, Propane Percussion will allow visitors to play a drum set with each beat releasing a fireball from nearby propane cannons.

Shoppers in the Great Lawn of Handmakery will be able to buy jewelry made with home grown crystals, and make their own plush creations with help from an international team of Plush artists. The historic gazebo in the center of the park will become The Tower of Weird as circuit benders share their secrets.

Along Invention Alley, visitors will learn about practical new creations like a solar cooker that reaches 600 degrees, while Caffeine & Contraptions will help them explore the less practical but very entertaining world of human-powered “vehicles.”

In the Laboratorium deep in the basement of historic Memorial Hall, adult guests will sample The Sonic Boom, the signature drink of Cincinnati Maker Faire, while kids learn to solder, partake in fun science experiments and explore the virtual world of Minecraft.

Outside in the Forest of Illusion, visitors will see a live performance featuring a 33-foot long whale shark. The two paths into the forest, 3D Printopia and 2D Printopia, present the latest in 3D printing contrasted by hand silkscreened posters and t-shirts.

And that’s only a fraction of the nearly 100 things to see and do at Cincinnati Maker Faire. Here’s the full list of makers.

You can see the map for the fair here. 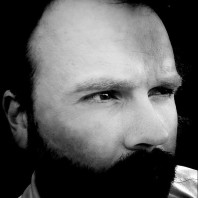