In Upstate New York, the Rochester Mini Maker Faire will be kicking off their fourth event this Saturday. Thanks to an incredibly supportive maker community, the faire has grown to over 125 makers with more hands-on activities than ever before. This year, we wanted to share a preview of the faire to get everyone warmed up.

Be sure to get your tickets today!

Rochester’s game industry has exploded over the past 4 years. This year, we decided to hold our own arcade filled with over a dozen video games and board games. There is even a game for delivering garbage plates (a Rochester delicacy) throughout the city’s streets! No quarters are needed for this section of the faire.

The RIT Theme Park Enthusiasts are back this year with their giant K’nex rides! They’ve created a mini version of RIT’s campus imagined as a miniature amusement park – featuring an eight-foot tall roller coaster! Every year, new rides are added to their theme park, which has now taken over a good chunk of the second floor of the faire.

One of the things that Rochester is most well known for is Kodak and George Eastman. Mark Osterman, process historian at the George Eastman Museum, will be bringing the faire back to its maker roots as he makes 19th-century style photo sensitive paper and print photographs from glass negatives.

Stan Munro holds the world records for the Tallest Toothpick Structure AND the Largest Collection of toothpick structures. Over the last few years, Stan has brought several of his world record-breaking sculptures with him to the Rochester Mini Maker Faire. This year will be the first time he shows his Sci-Fi exhibit at a Maker Faire. It will be a display you won’t want to miss!

Between Flower City Comic Con, Tora Con, and RocCon, there’re a ton of cosplayers in the Rochester region. This year’s faire will feature more cosplayers and prop makers than ever before – including a young prop maker from Toronto, and Uncle Jessy, a YouTube prop replicator who will be giving out mini versions of Thor’s hammer to attendees.

Heavy Meta is a 30 foot-long, 19 foot-tall, mobile metal dragon made of hand-cut, hand-welded sheet panels built atop a GM bus. With Heavy Meta shooting huge fireballs from its tail and animatronic mouth, it’s really going to bring the heat to a chilly November day in Rochester.

The Heavy Meta Collective is a group of makers from Toronto, Canada who range from high school students doing their co-op at the shop, to professional metalworkers and marine engineers. 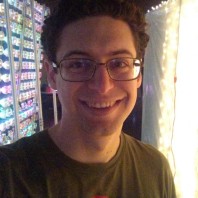