Friedrich Kirchner has made a digital puppeteering tool for use with his open source animation tool Moviesandbox which allows you to interface an Arduino with homemade soft circuit puppets to create live digital puppet shows.

This video shows some simple sock puppets outfitted with Hannah Perner-Wilson’s neoprene bend sensors controlling a couple of on-screen fish actors through an Arduino. There are also several buttons which are configured to change the camera angle. It’s a lot of fun to play with!

He’s currently running a Kickstarter campaign to raise some money to help get the software to a 1.0 release.

2 thoughts on “Digital Puppeteering With Moviesandbox” 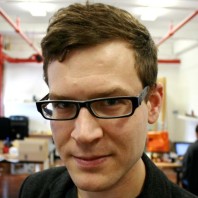