Cracking iron is one of the most difficult, labor-intensive processes in art making. Busting up old cast-iron bathtubs and radiators into little pieces with a sledgehammer can be very taxing on an artist’s delicate hands.

When I first went to art school, the counselors told me to take a life drawing class or a pottery class because they’re so calming. But I’m pretty sadistic, and I like to smash things and set things on fire, so by the end of my first year I found myself down in the dark dungeon known as the foundry, pulverizing iron so that we could melt it down and make some sculpture.

In the past 30 years or so, cast-iron art has grown into a vast, nationwide network of artists building their own iron-melting furnaces. These furnaces, known as cupolas, are taken to get-togethers called iron pours that are held anywhere and everywhere — alleys in Brooklyn, farm fields in Wisconsin, even in the lonely deserts of Arizona. Most of the gear is homemade, a lot of the materials for melting are either scrap metal or donated, and almost all the labor comes free with the iron-pouring community.

Some cupolas are custom fabricated, while others are repurposed objects such as water heaters or garbage cans. Basically anything that’s tube-shaped will work, as long as you can line it with 3 inches of high-temperature refractory material. Add a few tuyeres (holes for blasting air), one spout for slag and another for the metal to tap out of, and a trap door on the bottom, and you’ve got an iron furnace. I’ve even seen a soda can used as a cupola.

Once you have the cupola, you fill it up with bits of iron and enough charges of black, chunky coke and limestone to melt the metal, at which point a steel spike is driven into the tap spout, releasing the clay plug holding back the well of molten iron.

Then sweet, glowing orange metal comes spewing into a ladle and is poured into premade sand molds which are usually made at a mold-making workshop the week before. Patterns for molds can be abstract or representational, as small as a belt buckle or as large as a cannon.

Pours are usually two-day events. The first day is for setting up all the portable gear, lighting the furnace in the evening, and melting iron until all the molds are filled. The night culminates in the ever-popular “dropping bottom,” where the trap door in each cupola is kicked open and all the white-hot coke and slag comes flaming out, relieving the furnace of the high temperatures. This is the most fiery spectacle for a gathering of pyromaniacs, and usually the most popular with photographers.

Everything is left to cool overnight (most participants camp nearby), and in the morning, individuals break apart their sand molds to check out how well the metal cast. The castings are packed up to be cleaned and polished later, and everything else is broken down and put away for the next pour.

I initially got into metal casting as a way of making art but ended up discovering a whole community of makers. And as satisfying as it is to drive a sledgehammer through an old bathtub, it’s all about producing work.

In 2008, with the help of some friends, I built a furnace and started an annual pour at the Broc Allen Ceramics Studio in northern Wisconsin near where I grew up, on the south shore of Lake Superior. It’s a small pour, but it has a good vibe, and it’s nice having control over how much metal I can actually cast (a lot of pours have weight limits).

And this last spring, the School of the Art Institute of Chicago (SAIC), where I first learned casting, had its 20th annual Lake Bluff Iron Pour. It was a three-day event, filled with fire performances, a chili cook-off (I won for Hottest Chili), and a people-powered cupola trolley blasted with bellows made of old foundry leathers. I even got to make some art. 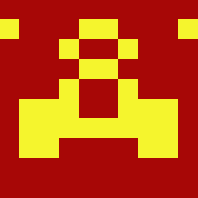