The Amyloid Project is a collaboration between urbanSTEW and ASU Physics Professor Dr. Vaiana, the purpose of this project is to create a multifaceted artwork that will bring research about intrinsically disordered proteins to life.

The Amyloid Project stems from a collaboration between urbanSTEW and ASU biophysics research professor, Dr. Sara Vaiana. Dr. Vaiana’s research focuses on a unique class of proteins found in the human body, called intrinsically disordered proteins (IDPs). IDPs are important because of their potential to better understand the underlying causes of diseases such as Alzheimer’s and diabetes. IDPs, unlike other proteins, do not fold into well-defined three-dimensional structures under physiological conditions. This clumping inhibits proteins from carrying out their essential biological functions, and thus creates amyloids, which lead to the onset of diseases such as Alzheimer’s and diabetes. Dr. Vaiana is studying the unique structural properties of IDPs. This research is extremely complex but holds great potential to impact those affected by diseases caused by protein aggregation.

The first iteration of The Amyloid Project will be presented at the 2014 spark! Mesa’s Festival of Creativity. urbanSTEW will be presenting phase one of the work as part of this five-day festival at Mesa Arts Center, March 19 – 23, 2014. For more information about the project, see urbanSTEW’s project page.

In partnership with Brian Korsedal of Arcology Now, urbanSTEW is designing and building a large-scale, steel structure that reflects the physical shape of an amyloid (Amyloids are created when IDPs aggregate together). urbanSTEW’s steel structure will be fabricated with sensors that allow participants to create unique soundscapes by touching various identified structure bars. The interactive soundscape may be played solo, or more interestingly, become a collaborative experience with multiple people enlivening the soundscape with new sounds, based on the color and location of the bar they are touching.

While the actual assembly of the steel structure takes time, the process is made much easier by Archology Now’s ingenious bar coding system. Each bar in the structure is labeled with a unique code that tells builders exactly where it belongs in the structure and in which order it should be added. Piece-by-piece, the structure started as individual bars and ended as the structure shown below.

Pressure Sensors: 10 of the 339 bars in the steel structure will be fabricated with 2 foot  long pressure sensors strips.

From an audience point of view, these bars will be denoted by the colors blue or red. Pressure sensor strips will be secured along the steel bars and then covered by blue or red neoprene fabric. (The same fabric used to make wet suits.) Here is a prototype with black neoprene. As you can see each neoprene cover will be equipped with a zipper ensuring easy access to the sensors in case of repair.

Sensor Assembly: In this picture, you can see that we originally planned to secure the sensor strip in a spiral. This caused problems in the sensor data. The spiraling activated the sensor and decreased the sensor range to a point where it would not work for our purposes. As a result, we now plan to secure pressure sensors in a straight line.

Pager Motor: Each bar will also be outfitted with two pager motors. As participants squeeze or grab the blue and red bars, the pager motors will vibrate in recognition of the participant. The harder the person squeezes the bar, the stronger the haptic response.

Soundscape using Raspberry Pi: The audio for The Amyloid Project will be generated from a Raspberry Pi using Pure Data and other custom software written in C++. The sounds and music will depend on the interaction with the sculpture itself. As people grab the sensor bars they will be given either “positive” or “negative” aural feedback. For, example a negative sound might emulate electrical or machine noise, whereas a positive sound would be more musically “pleasing” and promote larger and complex musical structures. Here is a prototype of the soundscape in conjunction with some video projection ideas we are experimenting with.

Much of these aural structures will be generated through custom software that creates harmonic, melodic and rhythmic sequences based on a social-model of interaction. For example, to build a chord a single note is chosen based on its tonal “attraction” within the system. The system is attracted to certain notes and finds other notes ugly. From there this note either chooses to engage with “friends” or meet new (and wilder) “acquaintances” and explore other friendships. Depending on how one sets the system the musical result can be harmonious and jaunty or lurid and dark. It definitely gets by with a little help from its friends. 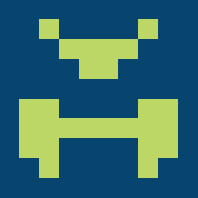 Stjepan Rajko is a co-founder and co-director of urbanSTEW, an arts collective dedicated to inspiring and expanding the relevance of digital arts in the community, and a professional software developer at Axosoft, where he works on web and mobile applications.

He graduated in 2009 with a Ph.D. in Computer Science and an M.F.A. in Dance at Arizona State University (both degrees with concentrations from the School of Arts, Media and Engineering).