Michael Chesko is building a country. As it turns out, this sort of thing takes roughly a lifetime. He began conceptualizing and mapping it in junior high school, and today at age 51 the Mesa, Ariz., father of five boys says his country, as yet unnamed, is “still in progress, it is indeed something I may never finish.” How could it be otherwise when, after all, his nation is roughly half the size of Australia?

He calls this country his magnum opus. Every border, boulevard, city, street, and structure: it’s all there. Rolls and rolls of maps, models, and flags, all of which have been shoved away into closets.

Astonishingly, the only people to ever get a peep of his dusty republic have been Chesko’s friends and family. He is honestly bewildered and, I think, thrilled when I express interest in his masterwork. As if I’ve pulled a plug on something bottled up since 1970, he sends me map after map — a mere sampling of the hundreds that constitute his world, each one minutely rendered and congested with near-microscopic detail.

I would be remiss if I didn’t mention Chesko’s unparalleled megalopolis: Britannica. With boyish pride, he boasts of its vastness: “I have drawn more streets and freeways for Britannica than the whole Los Angeles metropolitan area has in reality.” He knows it’s true because he diligently copied L.A. maps to the same scale and spliced them together, “and Britannica is considerably larger.” This must have been no small task; the Britannica maps, when laid across Chesko’s carpet, gobble up an obscene portion of his living room.

The obvious question, about all these years of masterminding the layout of a nation, is why? Is it hobby? Art? Obsession? Why spend 40 years working on a world that may never be completed?

Chesko says that finishing is beside the point: the fun is to imagine, to build, to perfect, and finally, to visualize himself within his creation.

“Britannica is a playground for my avatar, my fantasy self,” he explains. “I go there and I live there. I walk around its streets and I experience it in every way I care to imagine. … It is the pursuit to perfect this experience that drives me.” 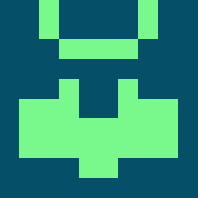