My Mission to Bring Easier PCB Fabrication to Egypt

Editor’s Note: Projecta is a CNC machine specifically designed for creating PCB board designs. Its developers are from Alexandria, Egypt and Dale Dougherty met them when he visited Alex Hackerspace last March. Mo’men Ayman tells the story of his own development as a maker and how he launched Projecta on Kickstarter.

Many years ago, I wrote my first DigitalHigh in the Arduino IDE, and ever since I knew that electronics would be my life’s passion! Then I was a young ambitious maker walking the streets of Alexandria, Egypt, and dreaming of being the next Steve Jobs. I had no idea about what I would face, living in a third-world society, where technology is considered a luxury, where every breadboard is a potential bomb, where you have to rush in an endless, pointless race just to survive. I decided to follow my dream and ignore the “Dead end” signs that other people kept pointing out. I spent years seeking knowledge, taking a 3-hour train trip daily after my college lectures to learn what no professor teaches. I worked in numerous projects to gain experience, but then I came to a real dead end!

I had to admit that they were right about some things — we are poor, but it’s not in monetary terms, but in knowledge. To excel in building a real strong product that can compete in the market, you need better technology than what is available in Egypt. No one here could help! So I sold most of my belongings and took the next flight to India, heading to SION semiconductor institute in Bangalore, India, to learn all about ARM microcontrollers. At first, SION refused to enroll me because I’m not Indian. “I came from the middle east and I can’t go back,” I told them. After some interviews and examinations, I got accepted. A few months later, I proudly retuned to Egypt as the first Egyptian certified in ARM technology.

Along with my new friend Abdul Rahman Qadry, we established Intelligent Minds but we had a lot of obstacles to overcome. Our lab was equipped with fairly professional tools and components, and we were ready to introduce ourselves to the world.

One of my worst nightmares was PCB fabrication. I used most of the techniques and loved the dry films, but they are so expensive and tricky, so I wanted to find a solution that combines the premium quality of dry films, the ease of printers, and the cheapness of ink transfer. That is the idea behind Projecta.

We developed a desktop CNC machine that engraves an ink layer on the surface of the board to make designs ready for acid etching in the same resolution achieved by dry films. Projecta doesn’t require any special materials or equipment and it has no consumables! Just a metallic marker and etching acid. To make sure that the machine will be usable by everyone, we built a maker friendly interface with USB connection.

With strong will and patience, I hope to succeed, with a product that I believe will change people’s lives, introducing a new concept in PCB fabrication, and inspiring a lot of people who are facing the same circumstances I conquered. In just a few days, my Kickstarter campaign exceeded 25% of its funding goal. I need your help to make this dream true. Back Projecta on Kickstarter. 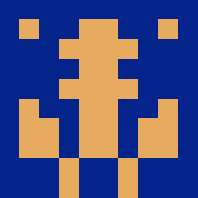