Mentorship Makes a Difference in Schools and Education

The following article is adapted from a speech that Julian gave to a group of educators at the Make: Education Forum during World Maker Faire New York 2016. Julian will be running in the 2017 school board election for his district.

My name is Julian Waters. I’m currently a senior at Western Albemarle High School in Crozet, Virginia. I’ve lived in Albemarle County for my entire life. In fact, I’ve never even moved houses. I’ve watched as old families have left the neighborhood and new families have come in, attracted by the strength of our school district. It’s the same school district that I grew up in, and the same school district that I’m in now. But Albemarle County’s public school system has changed drastically since I first entered school. As a student in K-5, I grew up in an era that saw us transition from state mandated standardized paper tests, to state mandated standardized computer tests.

Throughout my education, I’ve very clearly seen the ‘standardized’ system that current educational regulations force students into. The same learning environment and the same curriculum for every student must mean the same education experience, right? Wrong. And that’s why we’re all here. There’s no need to talk ad nauseam about why the system isn’t working for every student — we all know it. Instead, the productive conversation is about how schools have and are working to fix this issue. And that, also, is why we’re all here today. That’s why I want to share this story — not just mine, but Albemarle County’s.

Before I go on, let me take a moment to tell you about myself; what I’m interested in. My personal hobby and passion for nearly four years now has been model airplanes and drones. When I’m not in school or working on extracurriculars I’m building, designing, flying, and crashing them. My passion for aviation has led to me to designing my own airplane, driving for twelve hours every year with my dad to visit a week-long flying event in Ohio, and ultimately starting my own club at school. Now it all comes together.

Just two years ago, as a sophomore in high school, I tried to start a drone club. The idea was shot down. Even such a short time ago there were not yet the people in place whose job it was to go out of their way and work with students like me to explore those crazy ideas that broke the mold of the standardized system. Now, two short years later, I stand before you the president of my high school’s Drone and Model Aviation Club, and a student advisor to Albemarle County.

In those two years, what changed? The people. But not just the people — the mindset had changed as well. The set of rules that I had to play by were changed. It’s the administrators and the teachers who can make the biggest direct impact on students, more so than painting the halls a different color or modernizing the furniture. It’s those faculty members who are willing to go the extra mile, who can help students latch onto their crazy idea and fly with it and make it a reality. By introducing mentors and a mentorship mindset into high schools across the district, Albemarle County Public Schools had, intentionally or unintentionally, made the single largest impact on my student career ever.

It’s the principal who will work with a student to build that crazy drone club, or the teacher who challenges kids to follow their passions and their ideas, or the librarian who walks up to students and asks ‘Do you want to make something?’ that helps to foster the kind of creativity and passion-driven student projects that are now becoming a reality across Albemarle County.

And by introducing those sorts of educators and administrators, by introducing this mindset of mentorship into schools, the desires of students are more accurately reflected in the physical learning environment around them. Two years ago, my school had a storage room. Two years later, my school has a makerspace, where students are 3D printing and laser cutting. Two years ago, my school had a faculty lounge. Two years later, my school has a sound studio, where there’s a sound design class and students making their own music. These are the kinds of changes that can stem directly from student voices being heard AND invested in, and by having the right people in place, the right educators, the right administrators, maybe even the right lunch person, it’s so much easier to understand what students are passionate about and how to encourage students to break the mold of standardized education and do something amazing with their ideas. These educators, and these amazing new ideas and mindsets have transformed Albemarle County Public Schools into a school system where anything is possible and where students not only experience education, but help to make it.

So many in our society are quick to criticize the system that public school students learn under, but equally strong in number are those who strive actively to change it. By promoting student voice, self-directed learning, and passion-centered projects in school, we’re making a lasting difference for students in their secondary schooling and well into their future. Together, we can make the education of tomorrow.

Watch videos of this talk and others concerning education and making on Facebook.

Watch the Periscope video of the talk while it’s still available. 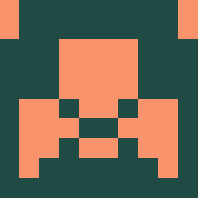 Julian Waters is currently a 17 year old senior at Western Albemarle High School in Crozet, Virginia. A life-long Virginia native, Julian has attended public school in Albemarle County for his entire student career. For the past four years Julian has had a strong interest in the hobby of Model Airplanes and Drones, and has used his passion for flight to start a drone club at his high school and an aviation workshop at a nearby middle school. He has been involved with Albemarle County Public Schools for the past year in developing groundbreaking educational policy and promoting student voice and leadership, and hopes to continue his work in the future.