In the iPhone ad “Powerful,” actors launched a group of model rockets with an iPhone. You can view the ad here. I thought this was insanely cool, but in typical Apple fashion, I couldn’t find out how they did it. I decided to take matters into my own hands and build my own system from scratch using a Raspberry Pi, Web IO Pi Framework, Relay Board and a modern smartphone.

The software portion of this project isn’t too hard. I used the WebIOPi framework to control pin 17 on the Raspberry Pi. I chose this framework because it made it very simple to control a GPIO pin. You can download the html and python file from my github. You can also learn more about configuring WebIOPi here.

I attempted to build my own relay board, but I ended up using a relay board I already had. The one in the video is an eight channel because that is all I could acquire for this project but all you need is a single channel board. The relay board completes the circuit between the 9V battery and model rocket starter. The Raspberry Pi and Relay board were powered by a USB battery.

Finally I used this pocket router to provide the wi-fi hotspot. I picked this because it is easier to power than a full-sized router and the hotspot on my phone didn’t work.

I’ve got some more ideas for my next video, like a pedal under my workbench to take pictures as I solder. What would you like to see? Let me know in the comments. 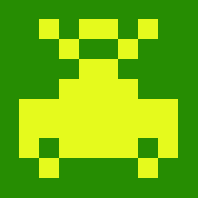 I am the host and producer of the Make it Great video series. I love to make videos and cool projects. In my spare time, I like to run cross country and play soccer.