Photo by Andrew Kelly for The Economist

The year 2011 was abuzz with news of makers and making. From The Economist to Forbes, to Dale Dougherty (MAKE founder) being recognized by the White House, political and business leaders recognized that small companies and startups drive the economy, and that increasingly, innovation for these new ventures is coming from a rapidly growing maker business community.

Here is a list of some of the top stories influencing the growth of maker companies this year, followed by a deeper look at each.

What Was Big this Year?

Crowdfunding is one of the most powerful tools for makers and do-it-yourselfers to advance an idea into a commercial product and it came into its own in 2011. Kickstarter and IndieGoGo are two of the best known, but RocketHub (which focuses on education and the arts) is another to watch. And there are many others popping up.

All of the above bullet-pointed advances are helping to fuel the trend in open source hardware projects, such as Lasersaur, Ultimaker, PrintrBot, OpenPCR, and a host of other devices and services. This post from early September explains how Crowdfunding is getting traction in DC. While it isn’t specifically about crowdfunding, Mitch Altman’s Manufacturing Your Design is terrific and highlights some of the things that every maker business should consider.

Governments have long recognized that small businesses drive economies — the White House created the Champions of Change initiative to acknowledge those individuals who are catalyzing this market and type of growth. MAKE’s founder, Dale Dougherty, was honored this year for his work with and commitment to makers, starting with the very youngest in primary and secondary schools up to older adults starting second careers as an entrepreneurs.

The Economist, as well as numerous other major media outlets, are finally picking up on the maker trend. More Than Just Digital Quilting is just one of the pieces The Economist ran in 2011. PBS’s NewsHour did several amazing, inspiring segments on the maker movement.

Major retailers and large electronics suppliers are increasingly spending marketing and advertising dollars in the maker space. They are also forming synergistic partnerships, such as RadioShack’s 2011 Great Create program and their carrying of Maker Shed kits and merchandise in RadioShack stores. Even Home Depot ran crafty DIY holiday ads on TV (where the commercial itself was a holiday project how-to).

While at first glance, some of the advertising appears to be solely aimed at the hobbyist maker market, it goes much deeper. In some research work I did for a parts sourcing startup, I found that many of the large electronics suppliers have tools available to automate (to some degree) tagging, bagging, and kitting parts list for pro makers.

Mouser, DigiKey, Newark/element14, Jameco, and many others are partly aiming at the small company or department that needs to automate parts sourcing. From conversations with growing maker companies, I’ve frequently heard that managing the supply chain and order fulfillment is a serious pain-point and bottleneck in getting to the next level of growth. If these large companies, or nimble small sourcing experts, can make it easier for pro makers to sell parts and kits, it will raise the tide for everyone involved.

Big company attention also leads to acquisitions and investments in maker companies as we’ve seen with Autodesk acquiring Instructables, MakerBot Industries receiving a $10M venture capital investment, and many incubators (such as HAXLR8R) and accelerator type organizations like BetaSpring sprouting up to help makers bring their inventions to the marketplace. In addition, Shapeways started a new production facility in NYC with a $5.1M infusion from Index Ventures and Union Square Ventures. Smart and successful maker companies are inspiring the rest of us to keep moving forward.

Many up and coming kit makers capture the hearts and minds of those who want to start their own small company. It isn’t just because these entrepreneurial makers produce kits, they also share their knowledge and passion within an open source ethos. Look at how innovative makers like Limor Fried from Adafruit, David Ten Have from Ponoko, and Windell Oskay from Evil Mad Science, share their designs, kits, and business success stories.

In 2012, I think we’ll see more growth around initiatives like 100K Garages (joint effort between Ponoko and ShopBot) through which you can find a great fabrication shop, such as Cut It For You, that runs a CNC router on-demand, creating the parts for makers who need things made-to-order, but don’t have all the tools or access to a hacker/makerspace.

If you already have a handmade product or kit, look at the explosion of handmade marketplaces, starting with Etsy, ArtFire, Supermarket, and Spoonflower (though I’m not a textiles guy, I find this service amazing – print your own custom fabric designs). Twenty four more niche marketplaces are included in a post I wrote about at Small Business Trends in late October. This large list is a testament to the burgeoning markets that specialize in a manner reminiscent of 1,000 True Fans, what Wired co-founder Kevin Kelly wrote about in 2008 – that you only need a dedicated market of 1,000 people to build a thriving business.

This year certainly saw the maker community more fully in the limelight. While the flagship Maker Faires that MAKE produces are catching plenty of attention in the major metropolitan areas of Bay Area, Detroit, and New York, one can’t escape the enormous potential of the growing Mini Maker Faire phenomenon – in small and medium cities and towns around the world, small groups are joining with MAKE to create the Faire experience on a grassroots local level. Look for a profusion of such Faires in 2012.

The coming year promises to be as fruitful and exciting for makers as 2011. There are more opportunities for building profitable kit businesses, for finding corporate sponsors for projects or products — or crowdfunding your own sponsorship, big companies looking to buy successful small companies, and a growing marketplace of resources and services available to help incubate and serve maker professional. No doubt we will see more impressive investments, more acquisitions, better tools for making on a bigger scale, but all that is really insignificant compared to the creative and collaborative potential for healing a broken economy by encouraging people to innovate, start new companies, hire new employees, and to provide products locally. It should all make for an exciting year.

Bio: TJ McCue is a maker, entrepreneur and runs MakerCode, a membership site to help makers market and sell their kits and products. He also writes a weekly blog at Forbes called “The Makers” that focuses on makers going pro. 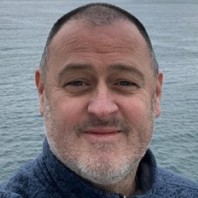