Hello makers! I wanted you all to know that there’s a new design/build show on the Discovery Channel that you might be interested in, called The Big Brain Theory. It pits 10 designers, engineers, and fabricators against 8 extremely hard challenges, to be solved in very short periods of time. The challenges include everything from keeping a 160-pound package of explosives from detonating in a head-on collision, to shooting a 20-pound missile out of the sky, to stopping a speeding car without damaging it or the occupants. Check out the extended teaser:
http://www.youtube.com/watch?v=h0e6l7vwOFs?rel=0&w=640&h=360

I competed on the show with 9 others, who range in backgrounds from owning and operating a CNC machine shop, to a rocket scientist, to a humanoid robot control systems engineer, just to name a few. Each week, we team up into two groups of five, and attempt to solve our given challenge in 3-5 days. The show features true-to-life engineering on a very tight time-table, and does a good job of breaking down how our various contraptions worked in a style similar to Junkyard Wars.

If you’re interested in learning more about team-based design, engineering, and fabrication processes, I strongly suggest watching this show. We start off a little rocky, but slowly and surely we come together as a group to build really cool stuff in very short periods of time. I think makers everywhere will be inspired by the kinds of contraptions we put together, and the way we end up solving problems together.

Episode 2 of The Big Brain Theory aired tonight at 10/9c on the Discovery Channel, and previous episodes (plus plenty of extras) are available for watching on Discovery’s website. As you watch, check out the shop we’re in – having access to all those kinds of tools in one space (that allow you to build pretty much whatever you want, from scratch) was one of the big drivers for me to want to start Artisan’s Asylum, and is why I’m so excited about helping other people start makerspaces and hackerspaces of their own. 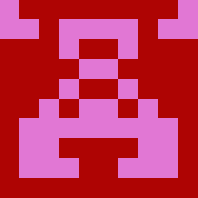