The Rise of the Maker Movement for Kids

If you’re a Maker Faire veteran, you’ve seen the growing droves of kids engaging in the excitement and promise of the Maker Movement. Watching a child solder that first LED followed by the amazed “ah ha” look that inevitably appears when it lights up is infectious. Maker Faire is teeming with adults who’ve been inspired by possibility and want to share it with kids.

Looking at Make:, Instructables, SparkFun, Servo, Wired, or any one of the many places Makers get their news, one could certainly make an argument that a kids’ Maker Movement is building momentum. Kids’ projects are plentiful online, but not all families have the tools, safety training, or confidence to attempt these cool Maker projects. While adult Makerspaces have topped 2,000 locations worldwide, Makerspaces dedicated to kids have been cropping up with increasing frequency ensuring that no child is left behind in the Maker Movement.

The Parts and Crafts hackerspace opened five years ago for summer camp. Founder Will MacFarlane gradually added after-school programs and Saturday Open Lab. Three years ago he started an alternative school day program for homeschoolers. Kids are empowered to solve real-world problems through hands-on learning. Parts and Crafts has a friendly and collaborative relationship with the famed Artisan’s Asylum close by in Somerville, Massachusetts. The Parts and Crafts model has emphasized access to those of all financial means, even offering a sliding scale for families to choose how much to pay based on their self-reported household income.

MakerKids is a Toronto-based kids’ Makerspace with the benefit of a prestigious advisory board including Massimo Banzi of Arduino. They offer a variety of programs including learning to code Minecraft and making robotic inventions. They even offer 3D printing birthday parties. The CEO of MakerKids, marketing heavy-hitter Jennifer Turliuk, cites a focus on “Process over Product,” and kids’ interest-driven programming as keys to MakerKids’ success. You can read more about the MakerKids’ recipe in this article from Make: Volume 40.

SparkTruck, the master’s thesis project of Stanford’s d.school grad students Eugene Korsunskiy, Aaron Peck, and Prat Ganapathy, was one of the first mobile kids’ Makerspaces. The repurposed food truck outfitted with hand tools, laser cutters, and 3D printers spent summers driving around the country to schools, museums, and the occasional parking lot interacting with kids and modeling the Maker mindset for educators. The SparkTruck team developed simple projects like Lasercut Stamps and Vibrobots that inspired kids to be engaged Makers, rather than mere consumers.

Brian Pichman, of the Evolve Project, helps libraries add Makerspaces using the analogy, “Libraries used to be more like grocery stores. Today, they need to be more like kitchens.” The LA Makerspace is an open access kids’ Makerspace based in LA’s library system. They’ve successfully funded two Kickstarter projects topping $50,000 in contributions. The Maker Movement has found a foothold in libraries around the country as librarians search for ways to remain relevant in a society where technology makes information more readily available than ever before.

THINQubator happens to be the kids’ Makerspace being developed in my own city. Located in upstate New York, THINQubator is a project of the adult Makerspace Tech Valley Center of Gravity. It’s currently in the first half of a $35,000 IndieGoGo campaign that will fund equipment and furniture for the new kids’ Makerspace. A selection of high-tech equipment and low-tech materials combined with access to some of the best and brightest academics, scientists, engineers, coders, and working artists give kids the opportunity to tinker and explore their curiosities without pressure.

STEAMLabs also based in Toronto is nearing the end of a $16,000 Kickstarter campaign to expand their current kids’ Makerspace into one that welcomes adults and families with the hope that cross-pollination of generations will create more inspiration and more collaboration.

If your city is home to an adult Makerspace, consider carving out a space for kids. Families who don’t have the space, tools, or don’t feel safe exploring Make:’s awesome Maker projects solo, will thank you.

5 thoughts on “The Rise of the Maker Movement for Kids” 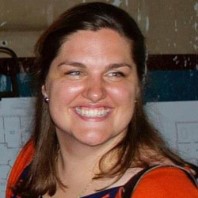 Erica Iannotti is an entrepreneur, an educator, an engineer, and a maker. She serves multiple non-profit boards including the THINQubator kids makerspace at the Tech Valley Center of Gravity in Troy, NY. She’s passionate about kids, STEM, the arts, the Maker Movement, and the intersections within.